‘A huge part of me just died’, fans cannot hold back tears as Roger Federer retires 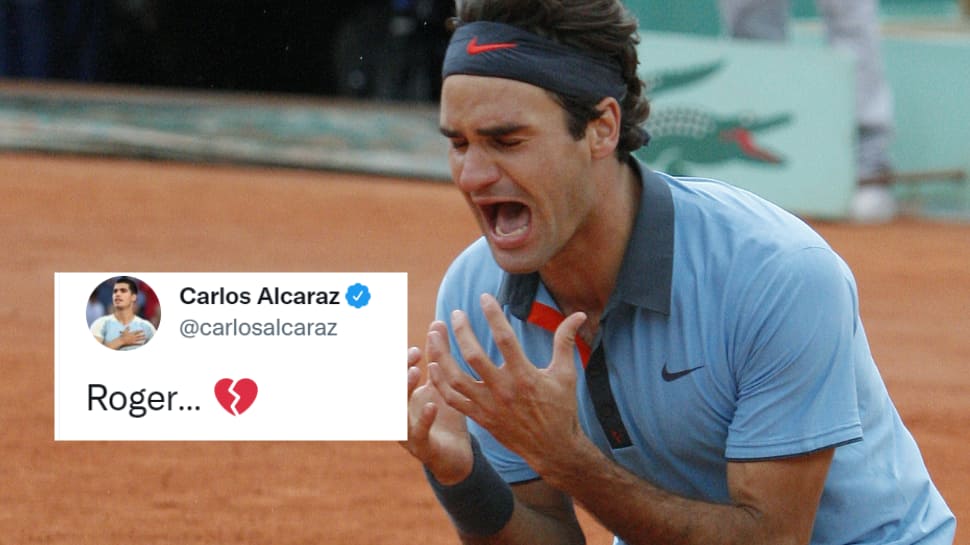 Roger Federer announced Thursday that he is retiring from professional tennis at age 41 after winning 20 Grand Slam titles. This decision comes just days after the end of the US Open, which is expected to be the last tournament of 23-time major champion Serena Williams’ career, and signals the real end of an era in tennis. Federer has not competed since Wimbledon in July 2021, he has had a series of knee operations, and so in that sense, the news is not surprising.

But he had appeared at an event marking the 100-year anniversary of Centre Court at the All England Club this July and said he hoped to come back to play there “one more time.”

He also had said he would return to tournament action at the Swiss Indoors in October. Federer posted his news on Twitter, saying his farewell event will be the Laver Cup in London next week. That is a team event run by his management company.

Federer’s last match anywhere came on July 7, 2021, when he lost at Centre Court in the Wimbledon quarterfinals to Hubert Hurkacz 6-3, 7-6 (4), 6-0. Soon after, Federer had surgery to repair damage to his meniscus and cartilage in his right knee ? his third operation on that knee in a span of 1 1/2 years.

Since the news of his retirement broke out, many reactions have come with fans pouring out their emotions over farewell of one of the greatest tennis players of all time.

Check out the best reactions here.

Thank you for everything Roger. What a player, what a man and what am incredible role model for how to behave and be a super star while still being a true gentleman _ #Federer #RogerFederer pic.twitter.com/2BqXwTqVc1
— Georgie Heath (@GeorgieHeath27) September 15, 2022

Gutted that this great player will not step out for one last time to play Wimbledon.

For me, regardless of the number of slams Nadal and Djokovic have won, Federer is the greatest.#federer https://t.co/fo7i0ppwea
— Justin Allen (@justinallen1976) September 15, 2022

First time i saw #Federer play got me interested in tennis. Never seen a more mind-blowing and enjoyable game style. A true sportsman in every sense, and greatest of all time. Enjoy retirement, king.__ Thanks for all the joys. pic.twitter.com/5ukDElSLK4
— Fabian (@TweetOfFabian) September 15, 2022

Basically a huge part of me just died.

Why God? Why?@rogerfederer I love you __

And I don’t know what else to say.

Saddest day of my life so far _#federer pic.twitter.com/wegHsyDLeW

Cheers Roger. Thanks for the shared memories my friend. It was an honor to share time/experiences on the most hallowed grounds in our sport. Don’t be a stranger _.
— andyroddick (@andyroddick) September 15, 2022

Federer had written a long note of thanks for his fans, parents, wife among many. He also remembered the first time he fell in love with tennis.

“When my love of tennis started, I was a ball kid in my hometown of Basel. I used to watch the players with a sense of wonder. They were like giants to me and I began to dream. My dreams led me to work harder and I started to believe in myself. Some success brought me confidence and I was on my way to the most amazing journey that has led to this day. So, I want to thank you all from the bottom of my heart, to everyone around the world who has helped make the dreams of a young Swiss ball kid come true. Finally, to the game of tennis: I love you and will never leave you.”