Ahead of IND vs PAK clash, Shan Masood BRUTALLY hit on the head in nets, rushed to hospital after injury 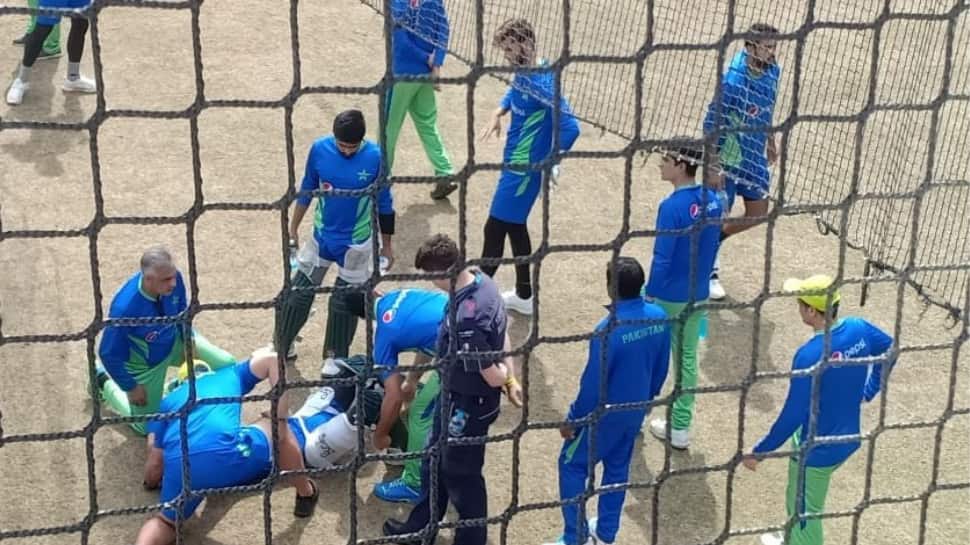 In what could be a big blow for Pakistan ahead of the all-important IND vs PAK at the T20 World Cup 2022, batter Shan Masood was injured while playing in the nets on the eve of the match. As per reports, a shot from Mohammad Nawaz hit him on the head and he was instantly down on the ground. There is no clarity on how the accident occured in the nets but Masood was quickly down on the ground. He did not get up for 10 minutes and then the medical team took the decision to rush him to the hospital. There is no further update on the injury as Masood is undergoing a medical examination. PCB is expected to come out with a statement on the status of the injury soon.

Not to forget, Masood had returned to the national team after a gap of more than years. He was called up after his brilliant show in England’s T20 Blast. He was called up for the England T20Is. Masood features in Pakistan’s squad for World Cup and was expected to play the first match vs India on October 23. His injury is a big concern for Babar Azam and Co now.

Mohammad Nawaz down on the ground and is distraught after his shot hits Shan Masood flash at the back of his neck.#Cricket pic.twitter.com/kEhgekl0aP
— Maham Fatima (@Maham0fficial_2) October 21, 2022

Nawaz was seen sitting on his knees feeling distraught about having injured Masood.

If Masood is not fit for selection, it will be a big blow to the Pakistani team. He is a key member, a good batter. Pakistan are already going through a period where their batters are not living up to the expectations. They are heavily dependent on the opening pair of Mohammad Rizwan and Babar Azam. The middle order crisis ceases to end for Pakistan and now Masood’s injury puts their plans in jeopardy, two days ahead of the match.

India, on the other hand, are missing Jasprit Bumrah but still look stronger on paper. They have a well-balanced side. But we all know that when it comes to India and Pakistan matches, it is all about who handles the nerves on that. Current form and past record do not hold much importance in this big match.