Ahead of IND vs PAK, Dhanashree Verma trolls Urvashi Rautela with post from Australia, check how HERE 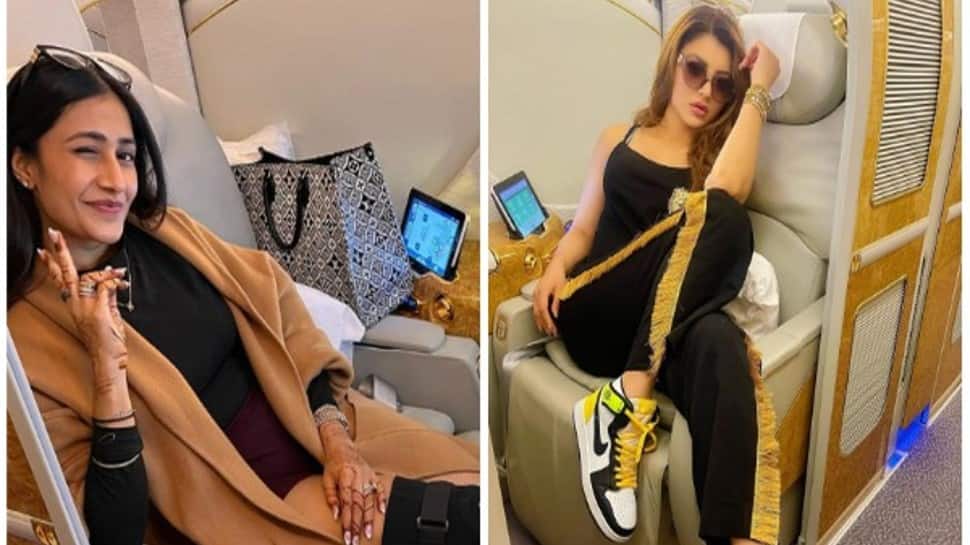 Celebrity and wife of Indian cricketer Yuzvendra Chahal, Dhanashree Verma shared a picture of herself as she left for the T20 World Cup 2022 taking place in Australia. Interestingly, she took an indirect dig at Urvashi Rautela, who’s making the headlines for some past months following her controversy with cricketer Rishabh Pant. Urvashi has been actively posting from Australia on her social media and is getting trolled from the fans alleging her for stalking Rishabh Pant.

In her cryptic post, Dhanashree wrote, ” My heart led me to Australia, literally, Got to be there for my man and India.”

Dhanashree was seen wearing a knee cap in her post as she is currently recovering from a knee surgery she endured while making a video. Fans took a huge dig at Dhanashree’s post and started connecting her sarcastic caption to Urvashi Rautela.

This year, in August, Urvashi gave an interview to an entertainment portal, the clip of which has now gone viral. In the interview, Urvashi said that a certain “Mr. RP” waited for her for almost 10 hours in a hotel lobby to meet her while she was getting some sleep and that she felt bad for having made him wait for so long. As soon as the clip went viral, fans started linking Rishabh Pant with her again.

Netizens started to write saying that the “RP” Urvashi was talking about in the interview was nobody else but Indian cricketer Rishabh Pant. Rishabh Pant then took to his Instagram story (which he deleted after a few hours) and wrote, “It’s funny how people lie in interviews just for some meagre popularity and for hitting the headlines. Sad how some people are thirsty for fame and name. May God bless them”.