AI plans to raise market share to 30% in 5 years 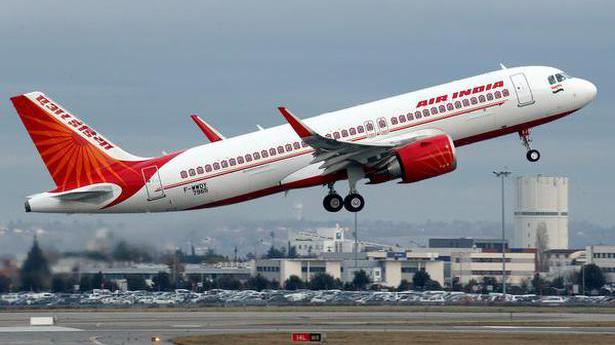 Air India (AI) on Thursday unveiled its future roadmap as part of which it plans to raise its domestic market share to 30% in the next five years and grow international routes besides striving for ‘excellence’ and ‘scale’ to reclaim its status as a global industry leader.

It calls this transformation plan Vihaan.AI which, in Sanskrit, signifies the dawn of a new era. It identifies objectives for AI over the next five years.

The strategy has been announced almost nine months after Tata Sons bought AI from the government, and three months after new CEO Campbell Wilson joined the airline.

“Over the next five years, Air India will strive to increase its market share to at least 30% in the domestic market while significantly growing the international routes from the present market share. The plan is aimed at putting Air India on a path to sustained growth, profitability and market leadership,” AI said in a statement.

The Vihaan.AI plan includes milestones focussing on ‘dramatically’ growing both its network and fleet, developing a completely revamped customer proposition, improving reliability and on-time performance, and taking a leadership position in technology, sustainability, and innovation, while aggressively investing in the best industry talent

The immediate focus of the airline will be to fix the basic and readying itself for growth, while the medium-to-long term focus will be to aim for ‘excellence and establishing scale’ to become a global industry leader, according to the statement.

There are plans afoot to merge AI with two other Tata Sons- owned airlines viz. AirAsia India and Vistara.

In June, the Competition Commission of India approved AI’s proposal to acquire the entire shareholding of low-cost subsidiary AirAsia India, including Air Asia Berhad’s 16.33% equity share. Talks are also on for the merger of Tata Sons-Singapore Airlines joint venture Vistara.

According to DGCA’s monthly report, in July AI had a market share of 8.4%, Air Asia India 4.6% and Vistara 10.4%. Low-cost international airline, Air India Express, which too the Tatas bought from the government along with AI, doesn’t have any domestic operations.

The combined international market share of AI and Air India Express is estimated to be 20%.

Among the other key operational parameters recorded by the DGCA are passenger load factor (seat occupancy) and punctuality. Last month, AI was at the bottom among the six major Indian carriers with only 71.1% of its seats sold.

In punctuality (on time performance) it was behind AirAsia India, Vistara, GoFirst, with 83% of flights arriving or departing on time at the four major airports in the country.

In the past one week, AI has made several important announcements on its flight and administrative operations. It has said that it will induct 30 new planes, including five wide-bodied, in the next 15 months and thereby increase its fleet by 25%. It has also said that it will consolidate its workspaces to disband the regionalised organisational structure and turn it into a centralised one by moving its staff to an interim office space until they are relocated to a campus in early 2023.