Ali Fazal-Urfi Javed got angry about Sajid Khan, said- ‘Get out of Bigg Boss immediately’ 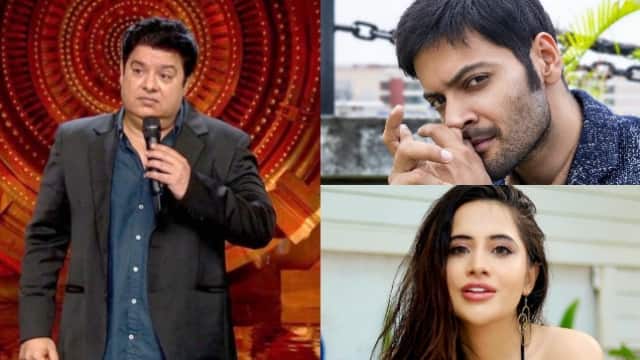 The third week of ‘Bigg Boss 16’ is going on. Controversy has been brewing since the entry of Sajid Khan. There is a demand to get them out. There were also reports in the middle that the makers may throw him out of the show, but this does not seem to be happening right now. Nothing has been said about Sajid from the makers yet. After going to ‘Bigg Boss 16’, recently many actresses protested. Now ‘Mirzapur’ fame Ali Fazal expressed his displeasure about Sajid in one of his posts.

A poster is going viral on social media with the picture of Sajid Khan. A hand is visible at the bottom of the picture with #MeToo written on its wrist and holding a lighter. Sajid’s picture is being burnt from him. It is written on this post, ‘Evict this from Bigg Boss immediately.’ The poster was shared from artist Smish Designs’ Instagram page which was re-shared by Ali Fazal on Instagram story.

Apart from Ali Fazal, internet sensation aka Javed has also re-shared the same poster. Urfi wrote with this, ‘He is not paying any attention but we can try.’ Urfi has made many posts about Sajid in the past as well.


These celebs also raised their voice

Devoleena Bhattacharjee, Sona Mohapatra and others raised their voices on Sajid’s departure in ‘Bigg Boss 16’. Sona Mohapatra said that efforts are on to improve her image through ‘Bigg Boss’. Salman Khan is helping him in this.

Many actresses had accused

Let us tell you that in the year 2018, Sajid’s name came during the MeToo movement. Many actresses accused him of sexual abuse. All these actresses had come to meet for their different projects in one form or the other. During that time, when the controversy escalated, Sajid left the direction of ‘Housefull 4’.

Gang war in Bihar, 5 people died; Diyara resounded with the sound of gunfire for hours.