Another great 5G smartphone from OnePlus will come next month, will get strong features 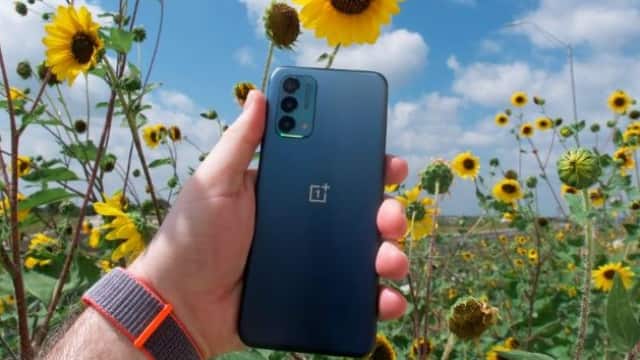 OnePlus is preparing to launch its new smartphone these days. The name of this new smartphone of the company’s Nord series is OnePlus Nord N300 5G. The handset will enter the market as a successor to the Nord N200 5G that was launched in July last year. According to the report of The Verge, this phone will be launched in North America next month i.e. in November. According to the report, the company is also going to provide a 90Hz refresh rate display with MediaTek chipset in this phone. Along with this, 33 Watt fast charging will also be available in the phone.

Apart from the FCC, this upcoming phone of the company has also been seen on Bluetooth SIG. According to these certification websites, the phone will come with support for Bluetooth 5.3, NFC, Wi-Fi 802.11ac and n2/n25/n41/n66/n71 and n77 5G bands. The rest of the features found in the phone can be a level above the OnePlus Nord N200 5G.

Features and Specifications of OnePlus Nord N200 5G
In the phone, the company is offering a 6.49-inch IPS LCD FHD + display with a refresh rate of 90Hz. The phone comes with 4 GB RAM and 64 GB internal storage. As a processor, Snapdragon 480 chipset has been given in it. For photography, three cameras have been given in the rear of the phone with LED flash.

These include a 2-megapixel depth sensor with a 13-megapixel primary lens, and a 2-megapixel macro camera. At the same time, the company is offering a 16-megapixel camera for selfie in the front of the phone. To give power to the phone, 5000mAh battery has been given in it. This battery supports 18W fast charging. As far as the OS is concerned, this phone works on OxygenOS UI based on Android 11.