Arif Mohammad Khan is trending on Twitter, why are there speculations about being made the presidential candidate 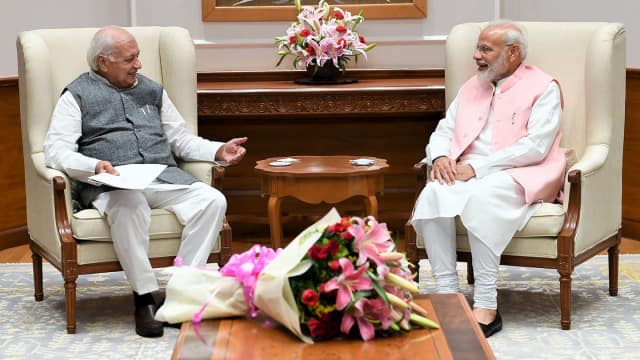 The Election Commission of India on Thursday announced the dates for the presidential election. According to this, the election to elect the next President will be held on 18th July and the counting of votes will be done on 21st July. The term of current President Ram Nath Kovind is set to end on July 24. In such a situation, speculations are being made that who will be the next general of the country? By the way, the name of Kerala Governor Arif Mohammad Khan is very much discussed in the political circles.

Arif Mohammad Khan is known for openly speaking on issues especially related to Muslims. They are trending on Twitter after the recent Prophet controversy. He dismissed Qatar’s demand for a public apology as not significant. He said that people should pay attention to the Prime Minister and the RSS who have appealed to strengthen India’s tradition of inclusivity.

How is the Presidential election and what is the value of the vote of an MP and MLA; understand the whole process

Why are there speculations about being made the presidential candidate

How will the BJP juggle 2% votes in the presidential election, these parties will be expected; guesses on faces

Arif Mohammad will be ‘Abdul Kalam’ of Modi government?

Mayawati’s name came in the discussion

Speculations are also being made in the name of Arif Mohammad Khan because there is no clear indication from the BJP about the re-election of the current President Ram Nath Kovind. Earlier this year, it was claimed that BSP chief Mayawati had not contested the Uttar Pradesh assembly elections on a tight leash because she had struck a ‘deal’ with the BJP as the presidential candidate. These claims were mentioned by SP chief Akhilesh Yadav after the BJP’s victory in the assembly elections in Uttar Pradesh, though Mayawati declared that she was not interested in the top post. In recent days, there has been speculation in some political circles that a Muslim may be nominated by the BJP for the post. Twitter users cited the prospects of Union Minority Affairs Minister Mukhtar Abbas Naqvi as not being re-nominated for the upcoming Rajya Sabha elections.

There is also discussion on the name of Mukhtar Abbas Naqvi

Apart from him, the name of Mukhtar Abbas Naqvi is also in discussion. The reason for this is that even after being a Union Minister, he has not been fielded in the Rajya Sabha elections. Apart from this, there were speculations of fielding Rampur in the Lok Sabha by-elections, but even there he did not get a chance. To remain a Union Minister, it is necessary to be a member of either the Rajya Sabha or the Lok Sabha. In such a situation, there are speculations that the party can make him the President or Vice President. In this election, 4,809 members of the electoral college consisting of MPs and MLAs will choose the successor of incumbent President Ram Nath Kovind.