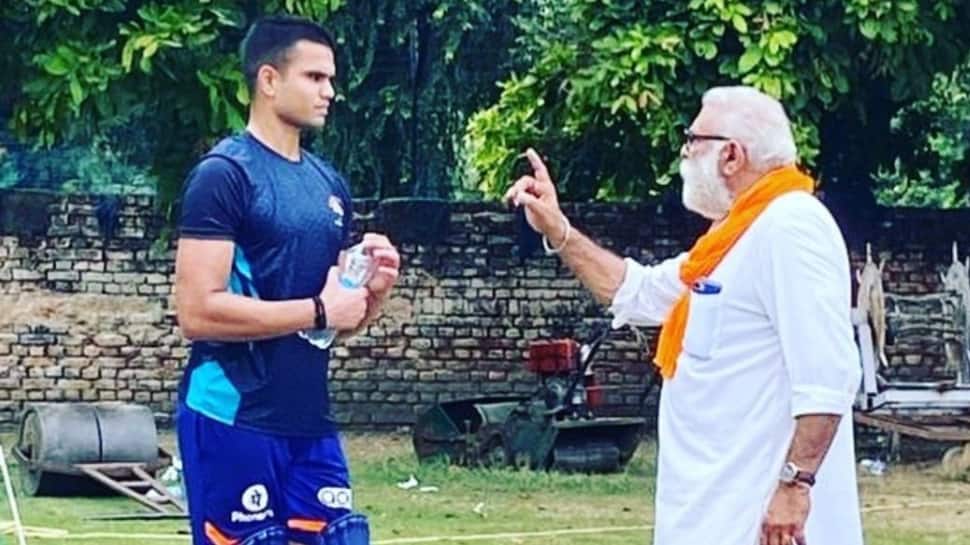 Take a look at Arjun Tendulkar training under Yograj Singh below:

Arjun Tendulkar is training with Yograj Singh (father of Yuvraj Singh) in his academy at DAV College, Chandigarh to improve his batting skills and revive his career. pic.twitter.com/JVtrnXWOLi— Abhishek Ojha (@vicharabhio) September 23, 2022

Sachin’s son has been making slow but steady rise in cricket. He has been part of Mumbai Indians squad for two back-to-back season now, in IPL 2021 and 2022. However, he did not get a single match in any of these 2 seasons. Arjun has played 2 T20 games for Mumbai. But he never got to play any Ranji Trophy matches for Mumbai. That is the reason why Arjun has shifted his base to Goa and will feature for the side in the upcoming Ranji Trophy season.

Speaking about Arjun’s decision to play for Goa, father Sachin said, “Getting maximum game time on the ground is important for Arjun at this juncture of his career. We believe that the shift will improve the probability of Arjun featuring in more competitive matches. He is embarking on a new phase of his cricketing career.”

Arjun is 23 years old and has time in his hand to make a mark in international cricket. But he has a long way to go still. He needs to deliver in domestic cricket first. Yograj, who was an influential figure in Yuvraj’s career, is known for his strict ways of coaching. Hopefully, Arjun will return with a lot of learning from Chandigarh.