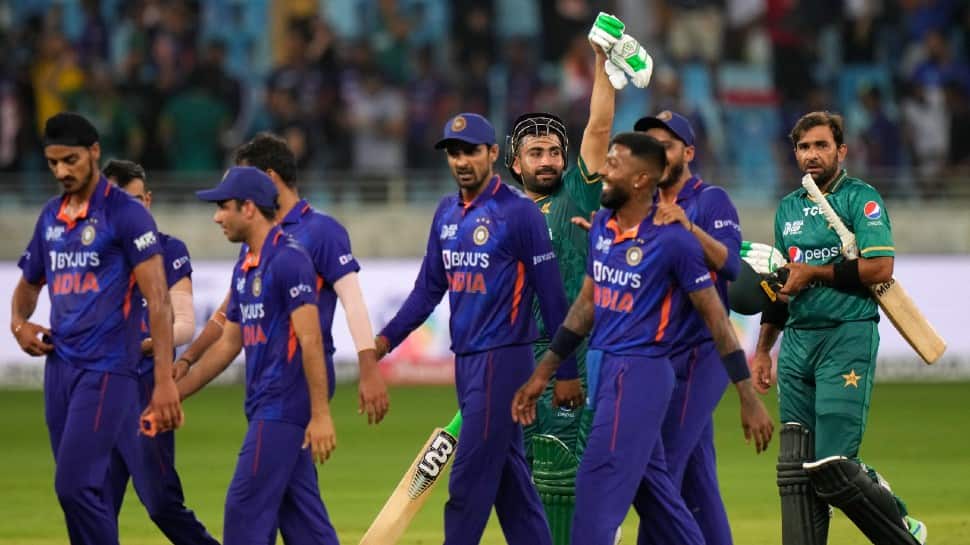 IND vs PAK Asia Cup 2022: Team India suffered their first defeat of the Asia Cup 2022, losing by five wickets to arch-rivals Pakistan in the Super 4 clash in Dubai on Sunday (September 4). Rohit Sharma’s side need to win their remaining two games in the Super 4 stage – against Sri Lanka and Afghanistan – to have a chance of qualifying for the final next Sunday (September 11).

Both Group A and B table-toppers – India and Afghanistan – have lost their opening Super 4 matches. India are currently third with zero points and an NRR of -0.126. Their next Super 4 clash will be against Sri Lanka in Dubai on Tuesday (September 6) and Rohit’s side must win this encounter if they hope to qualify for the final.

India captain Rohit Sharma said that facing such a defeat against arch-rival Pakistan is good learning for his team as they were unable to capitalize on their bowlers’ performance. A superb fifty by Mohammed Rizwan and a cameo by Mohammad Nawaz powered Pakistan to a five-wicket win in a last-ball thriller Super Four clash against Pakistan at the ongoing Asia Cup 2022 on Sunday.

“It’s a high-pressure game we know that. You’ve got to be at it every time. A game like that can take a lot. We were calm even when there was a partnership between Rizwan and Nawaz. But that partnership obviously went a little long and they batted brilliantly. Games like this can bring the best out of them if they deliver. These are the games that can make them. They’ve done it in the past. There’s a class in the other team as well. And we’re not surprised with that. We understand the pitch gets slightly better in the second innings,” said Rohit Sharma in a post-match presentation.

“It’s good learning for us. I thought it was a good score. Any pitch, any conditions when you get 180 it’s a good score. We got to learn a lot today – what sort of mindset we need to have when defending a score like that. Like I said you’ve got to give credit to Pakistan. They’ve played better than us,” he added.

Virat Kohli dropped anchor for India from No.3, compiling his 32nd T20I fifty to lead India to their second-highest T20I total against Pakistan in the Asia Cup fixture.