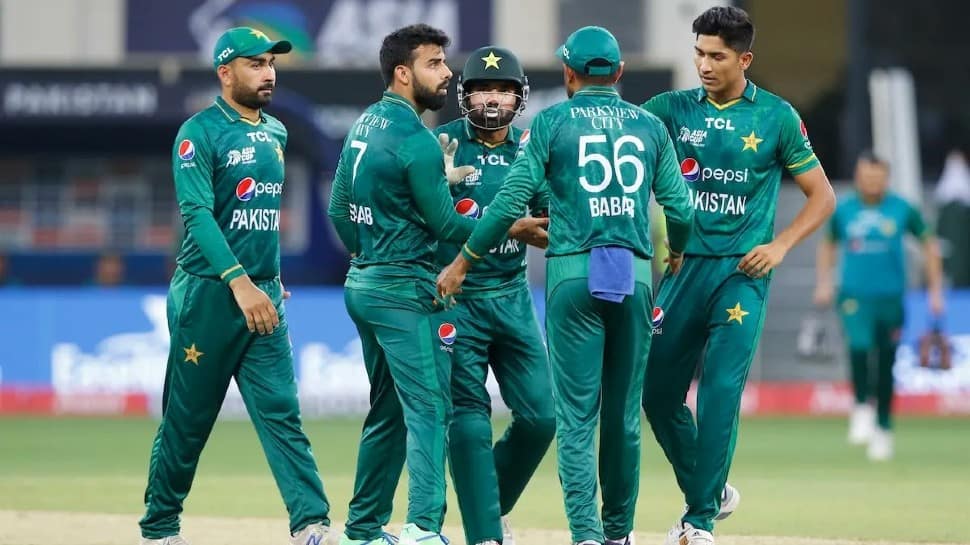 Babar Azam’s Pakistan side were always on the edge till the final ball of the contest inside the dressing room during their thrilling five-wicket win over Rohit Sharma-led Team India in the Asia Cup 2022 Super 4 match on Sunday (September 4). The Pakistan Cricket Board (PCB) gave an inside glimpse of the dressing room in the moments leading up to the Pakistan win in Dubai.

Pakistan skipper Babar Azam said that the partnership between Mohammed Rizwan and Mohammad Nawaz was the turning point of the match and the latter was promoted to tackle leg-spinners. A superb 50 by Mohammed Rizwan and cameo by Mohammad Nawaz powered Pakistan to a five-wicket win in a last-ball thriller Super Four clash against Pakistan at the ongoing Asia Cup 2022 on Sunday.

The raw emotions, the reactions and the celebrations

Relive the last over of Pakistan’s thrilling five-wicket win over India from the team dressing room #AsiaCup2022 | #INDvPAK pic.twitter.com/xHAePLrDwd

“Our effort is to keep it simple. Ups and downs will keep happening. They got the edge the way they utilised the powerplay. But our bowlers made a comeback. Rizwan and Nawaz partnership was the turning point. I had a hunch Nawaz would be key against leg-spinners (about his promotion),” said Azam in post-match presentation.

Chasing 182, Pakistan openers Babar Azam and Mohammed Rizwan tried to give their side a solid start, mixed with some occasional big hits and consistent strike rotation.

After Pakistan clinched a thrilling match against India in the ongoing Asia Cup, Pakistan batter Mohammad Nawaz hopes that the team will continue to play as they performed in the Super Four stage against their arch-rival.

Speaking about the boost of confidence the Pakistan team received after they clinched a thrilling win over India, Nawaz said in a post-match press conference, “As a player, it is good for us. The first match we played both were close and neck to neck. I hope we all play like this only.

“Babar Azam no doubt is the backbone of our team. I think whenever the opportunity comes to perform well the players should grab it. The skipper and the team management must have taken the decision to send me to bat at No.4. All I was told was that if the left-handed batter got out, then you have to go out for batting. My strategy was to execute my plan while playing basic,” said the batter.