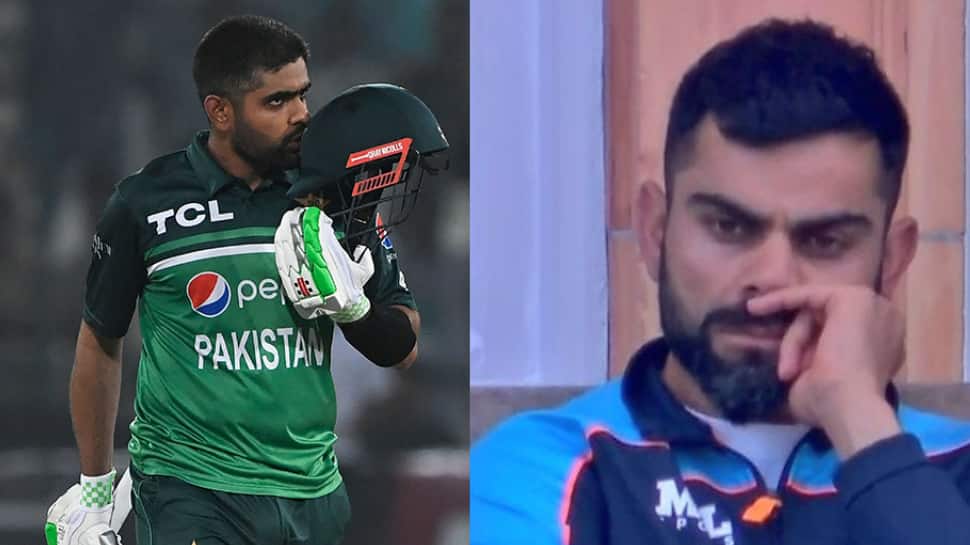 Pakistan captain Babar Azam (891 points) has increased his lead as the top-ranked ODI batter in the world and is distantly followed by teammate Imam ul-Haq (800). Babar scored a superb 74 during Pakistan`s 16-run victory over the Netherlands on Tuesday and this helped him further increase the lead at the top of the ODI rankings. Babar has been at the top of the ODI batter rankings since he overtook former India skipper Virat Kohli in April last year. Meanwhile, Kohli continues to be on Number 5 in the rankings followed by Rohit Sharma.

Babar also remains on top of the latest T20I batter rankings, although New Zealand opener Devon Conway closes in on the Pakistan star after an impressive series against the West Indies. Conway was the second leading run-scorer for the series with 106 runs and that helped him rise one spot to seventh on the T20I batter rankings.

There was more joy for New Zealand players on the updated rankings, with star all-rounder Mitchell Santner improving nine spots to eighth overall on the T20I rankings for bowlers. Australian seamer Josh Hazlewood remains on top of that list, but a host of players are lining up inside the top 10 trying to overhaul the tall right-armer.

Hazlewood also improves a spot to third on the latest rankings for ODI bowlers, with Pakistan pacer Shaheen Afridi dropping two spots to fifth after he missed the opening match against the Netherlands.

The biggest mover on the ODI bowler rankings is Bangladesh pacer Mustafizur Rahman, who moves up six places to equal 10th overall. Mustafizur finished as the joint leading wicket-taker during Bangladesh`s recent series against Zimbabwe and the 26-year-old was rewarded with big leap inside the top 10.

Rohit and Kohli are the only 3 batters in the top 10 of the ODI batting rankings. Indian opener Shikhar Dhawan can break into top 10 during the Zimbabwe series. He is on Number 12 in the rankings and a few big scores can easily take him into the top 10.