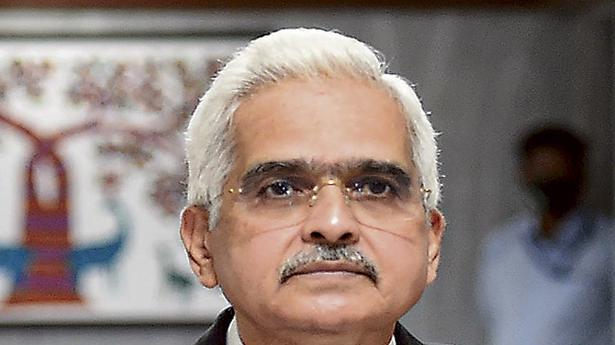 The banking system is healthy enough to withstand any negative spillovers from external headwinds emanating from the Jackson Hole speech by the U.S. Fed, Reserve Bank Governor Shaktikanta Das said on Monday.

Addressing the annual gathering of the Fixed Income Money Market and Derivatives Association of India (Fimmda), Mr. Das said, the central bank and government had taken enough measures, such as maintaining high forex reserves ($561 billion as of August 26) and other steps to keep the banking system healthy enough to withstand any external headwinds.

Since the Jackson Hole summit last week, markets all over the world have become extremely volatile and uncertain with highly destabilising effects on emerging markets, Mr. Das said but pointed out that these aforementioned measures have ensured that the health of our banking system is sound enough to weather any negative spillovers from external headwinds.

The governor also forecast better days on the inflation front, saying he expected the price index to cool off from the second half and moderate further from the fourth quarter.

On the rupee, which has weathered the storm since the U.S. started raising rates and has been one of the best performing emerging market units, he assured that the central bank was there in the market every day so as to prevent excess volatility in the rupee and also to anchor expectations around its depreciation.

The rupee has lost only 4.5% against the dollar, while all other currencies lost much higher, he said.

Asking Fimmda to work towards being future-ready, Mr. Das said the RBI’s regulatory model was to adapt to the fast-changing market conditions and one such response was to introduce G-Secs with 2, 5, 10, 13, 14, 30 and 40-year tenors in 2021.

The governor also said the central bank and the government were working on issuing sovereign green bonds.