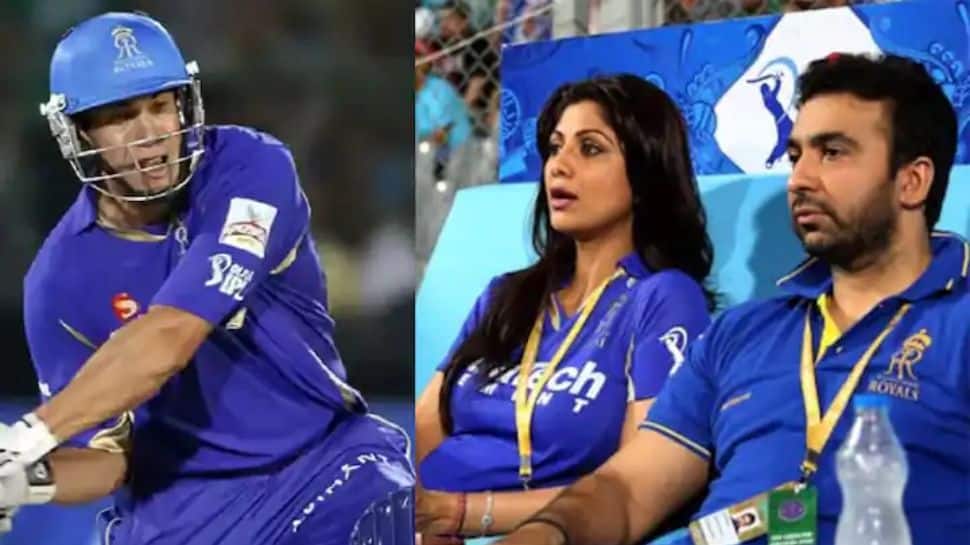 Former New Zealand batsman Ross Taylor has become the talk of the town with his explosive revelations in his book Ross Taylor: Black & White. The Kiwi batsman alleged that when he was playing for Rajasthan Royals in the Indian Premier League in 2011, he was slapped three or four times by the owner of the franchise for getting out on a duck while chasing 195. When asked about the incident a BCCI official said that he has no idea about the incident.

Speaking to Insidesport, a BCCI official reacted to Taylor’s explosive claim and said that the board isn’t aware of any such incident. ‘I am on the road travelling now so I do not know exactly what you are talking about,” an official was quoted as saying by Insidesport.

Writing in his book, Ross Taylor: Black & White, Taylor revealed: “The chase was 195, I was lbw for a duck and we didn’t get close. Afterwards, the team, support staff and management were in the bar on the top floor of the hotel. Liz Hurley was there with Warnie [Shane Warne]. One of the Royals owners said to me, ‘Ross, we didn’t pay you a million dollars to get a duck,’ and slapped me across the face three or four times. He was laughing and they weren’t hard slaps but I’m not sure that it was entirely play-acting. Under the circumstances I wasn’t going to make an issue of it, but I couldn’t imagine it happening in many professional sporting environments.”

Ross started his IPL stint with Royal Challengers Bangalore (RCB) in 2008 and he played for the same franchise until 2011. Later on, he moved to the inaugural champions Rajasthan Royals but he revealed that he wanted to stay at RCB for a fourth consecutive season. The quote suggests that Taylor believes he would have had a longer career in the IPL if he stayed at RCB. Notably, the right-hander scored 517 runs in 22 innings for the Royal Challengers Bangalore.