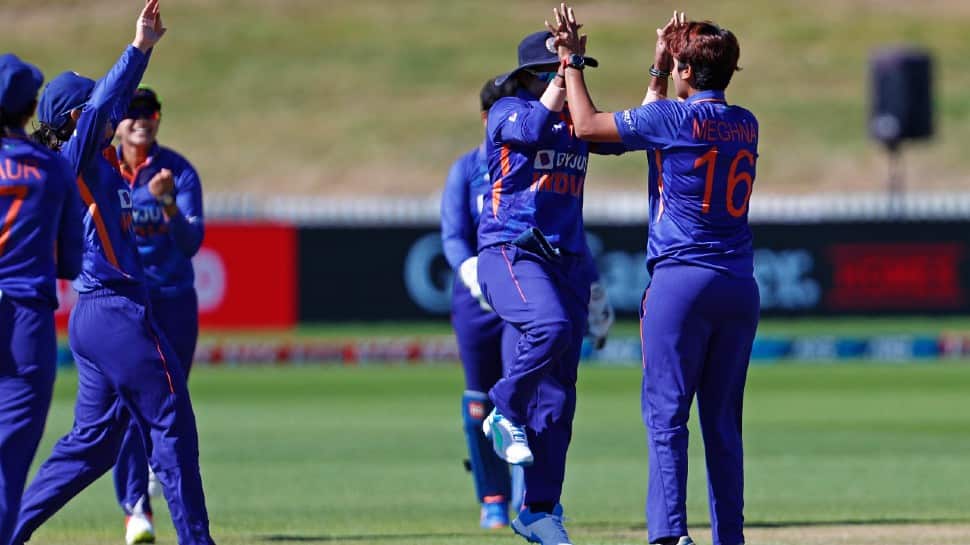 The matches at the upcoming Women’s ODI World Cup 2022 in New Zealand can be allowed to go ahead with nine players in a team in order to keep the competition going if COVID-19 disrupts plans and plays spoilsport. The International Cricket Council (ICC) head of events Chris Tetley on Thursday (February 24) confirmed certain plans if COVID-19 manages to disrupt plans for any team in the tournament.

“If it becomes necessary we would allow a team to field nine players as an exception for this environment. And if they had female substitutes from within their management team, we would allow two substitutes to play – non-batting, non-bowling – to enable a game to take place,” ESPNcricinfo quoted Tetley as saying.

“We’ll be asking teams to show maximum flexibility and we’ll be as flexible as possible if the need arises to fulfil our objective, which is to get the games on,” he added.

The 11th and most recent edition of the ICC Women’s Cricket World Cup was won by England in 2017!

Who will take out this year’s tournament in New Zealand? #CWC22 pic.twitter.com/7sPny0xZMS

The Women’s World Cup will be played from March 4 to April 3 in New Zealand. The White Ferns will lock horns against West Indies in the tournament opener in Mount Maunganui. Currently, New Zealand is witnessing a surge in COVID-19 cases and more than 6000 cases were reported on Thursday.

Former New Zealand cricketer-turned-commentator Grant Elliott has lauded leg-spin all-rounder Amelia Kerr, terming her as ‘probably the best player we’ve ever had’ in the women’s game. In the ongoing One-day series against India, Amelia has taken seven wickets and scored 287 runs, including unbeaten knocks of 119 and 68, which augurs well for the youngster ahead of Women’s World Cup in New Zealand from March 4.

“Now we really are seeing what she is capable of. She’s got the experience of (Sophie) Devine and (Suzie) Bates around her, so I think we’ve got a real gem here, and someone that I’ve always thought can play for NZ for the next 15-20 years. I mean, in the women’s game, she’s probably the best player we’ve ever had,” said Elliot on SENZ Breakfast show.

Showering further praise on Amelia, Elliot remarked, “It’s so good to see (her dominating). Do you know what’s even more impressive is the head on her shoulders. The way she spoke after the game, where she said, ‘Whether I get a duck or whether I get a 100, that doesn’t define me as a player’.”