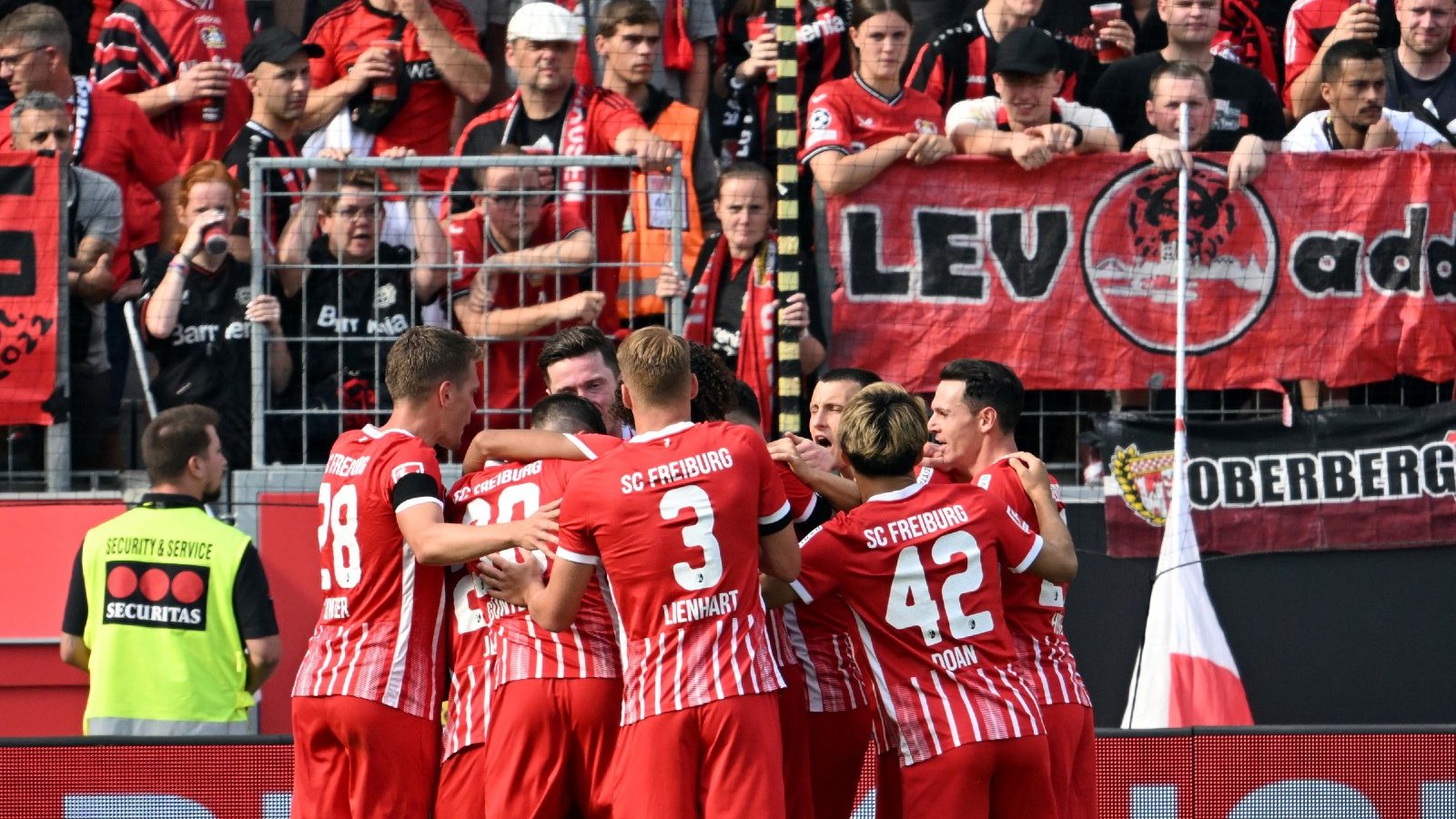 Bayern Munich coach Julian Nagelsmann said Saturday his team lacked their usual energy after they were held to a draw for the second week in a row at Union Berlin and knocked off the top spot in the Bundesliga.

Union battled to a well-earned 1-1 draw at home to Bayern, allowing fellow high-fliers Freiburg to leapfrog their way into first after they beat Bayer Leverkusen in a five-goal thriller.

“In the end, it was a fair result. The energy which I’ve praised so often in the last few weeks wasn’t really there today,” said Nagelsmann, adding that his side would need to perk up in their Champions League opener against Inter next Wednesday.

“Union showed today what makes them so strong. In the end, it was a top-of-the-table clash in which both sides deserved to draw,” added Bayern striker Thomas Mueller.

After their impressive start to the season, Union had begun the day hot on Bayern’s heels with only goal difference separating the two teams.

They showed why early in the first half, taking the lead through Sheraldo Becker with a brilliantly worked free-kick to stun the champions and send the home crowd into ecstasy.

Their celebrations were cut short a few minutes later as Bayern immediately turned the screws and Kimmich levelled the scores with a fizzing, first-time finish from the edge of the area.

Bayern were repeatedly thwarted by Danish goalkeeper Frederik Ronnow as both sides had chances to win the game in a thrilling battle after the break.

https://www.youtube.com/watch?v=M0zMP4Eif1k” width=”942″ height=”530″ frameborder=”0″ allowfullscreen=”allowfullscreen”></iframe> <h4>Frankfurt outclass Leipzig</h4> <p>Their second slip in as many weeks means the champions are now in third, behind Borussia Dortmund and surprise leaders Freiburg, who beat Leverkusen 3-2.</p> <p>Leverkusen took the lead on 16 minutes, Kerem Demirbay prodding the ball in after some penalty-box pinball.</p> <p>Freiburg hit back with two quick goals after halftime, Matthias Ginter heading in the equaliser from a corner early before Michael Gregoritsch capitalised on a defensive error to turn the game on its head.</p> <p>Chelsea loanee Callum Hudson-Odoi then set up Patrick Schick with a fine cross just minutes after coming off the bench for his Bundesliga debut.</p> <p>But Ritsu Doan restored the lead just a few minutes later to send Freiburg top and condemn Leverkusen to a fourth defeat in five games.</p> <p>Leverkusen are not the only Champions League side who are underperforming this season.</p> <p>RB Leipzig are also stuck in the lower half of the table after slumping to a 3-0 defeat to Eintracht Frankfurt in Saturday’s late game.</p> <p>Frankfurt toyed with Leipzig’s defence in the build-up to Daichi Kamada’s opener, and Sebastian Rode doubled the lead a few minutes later.</p> <p>Brazilian defender Tuta put Frankfurt out of sight with a tap-in in the second half before Rafael Borre completed the rout from the penalty spot six minutes from time.</p> <p><strong>ALSO READFormer Chelsea Striker Diego Costa Set for Premier League Return – Report

Wolfsburg took the lead through Lukas Nmecha after just two minutes, but they were booed into the tunnel at halftime after Cologne stormed from behind to take control of the game.

Dejan Ljubicic levelled the scores with a cool finish at the end of a delightful passing move, before a Paulo Otavio own goal and a Florian Kainz penalty gave the visitors a deserved 3-1 lead at the break.

Nmecha gave the hosts late hope with a goal in the second half before Sargis Adamyan restored Cologne’s two-goal lead.

Two Niclas Fuellkrug goals fired Werder Bremen to a 2-0 victory over bottom side Bochum, while Schalke are still looking for their first win of the season after a 1-1 draw at Stuttgart.

Chris Fuehrich gave Stuttgart the lead, but Simon Terodde salvaged a point for Schalke with his first goal of the season.