Chanakya Today Exit Poll: Heavy Bulldozer On Cycle In UP, AAP In Punjab; Know who is at the fore in 5 states 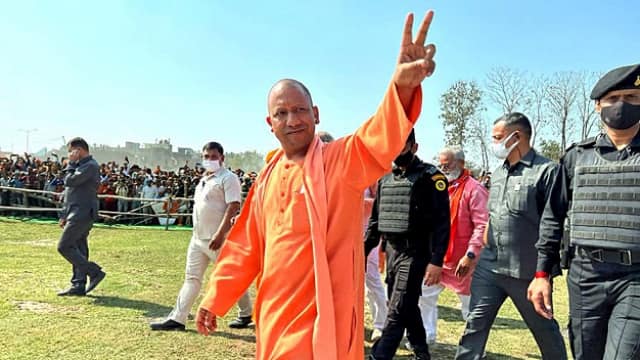 Chanakya Today Exit Poll: With the end of voting for the seventh phase of Uttar Pradesh assembly elections 2022, now it is the turn of exit polls. After voting in five states including Uttar Pradesh, Punjab, Uttarakhand, Goa and Manipur, all are waiting for the results to come on March 10.

Before the actual results, we are telling you the results of Chanakya Todays Exit Poll of all five states. Chanakya Today’s exit polls are coming out about who will become the chief minister in Uttar Pradesh, Punjab, Uttarakhand, Goa and Manipur.

According to Chanakya Today Exit Poll, BJP seems to be getting a thumping majority. BJP is expected to get 294 seats, SP 105 seats, BSP only 2 seats. Talking about the Congress, it is estimated to get only one seat, while others will get one seat.

According to Chanakya Today exit poll, BJP has got 43 percent votes in Uttar Pradesh. At the same time, Samajwadi Party got 35 percent, BSP got 13 percent, Congress got 4 percent and others got 5 percent.

Talking about the vote percentage in Punjab, according to Chanakya Today, AAP has got 45 percent votes. On the other hand, Congress got 23 percent, Shiromani Akali Dal got 16 percent, BJP got 9 percent and others got 7 percent votes.

According to the exit poll of Chanakya Today, BJP is forming the government with absolute majority in Uttarakhand. BJP is expected to get 43 seats. While the Congress is projected to get 24 seats. Talking about others, others are getting 3 seats.

Akshay Kumar: These comedy films of Akshay Kumar make you roll, which is your favorite?

CBI raid: What is land for job scam, in which Lalu Prasad Yadav got trapped