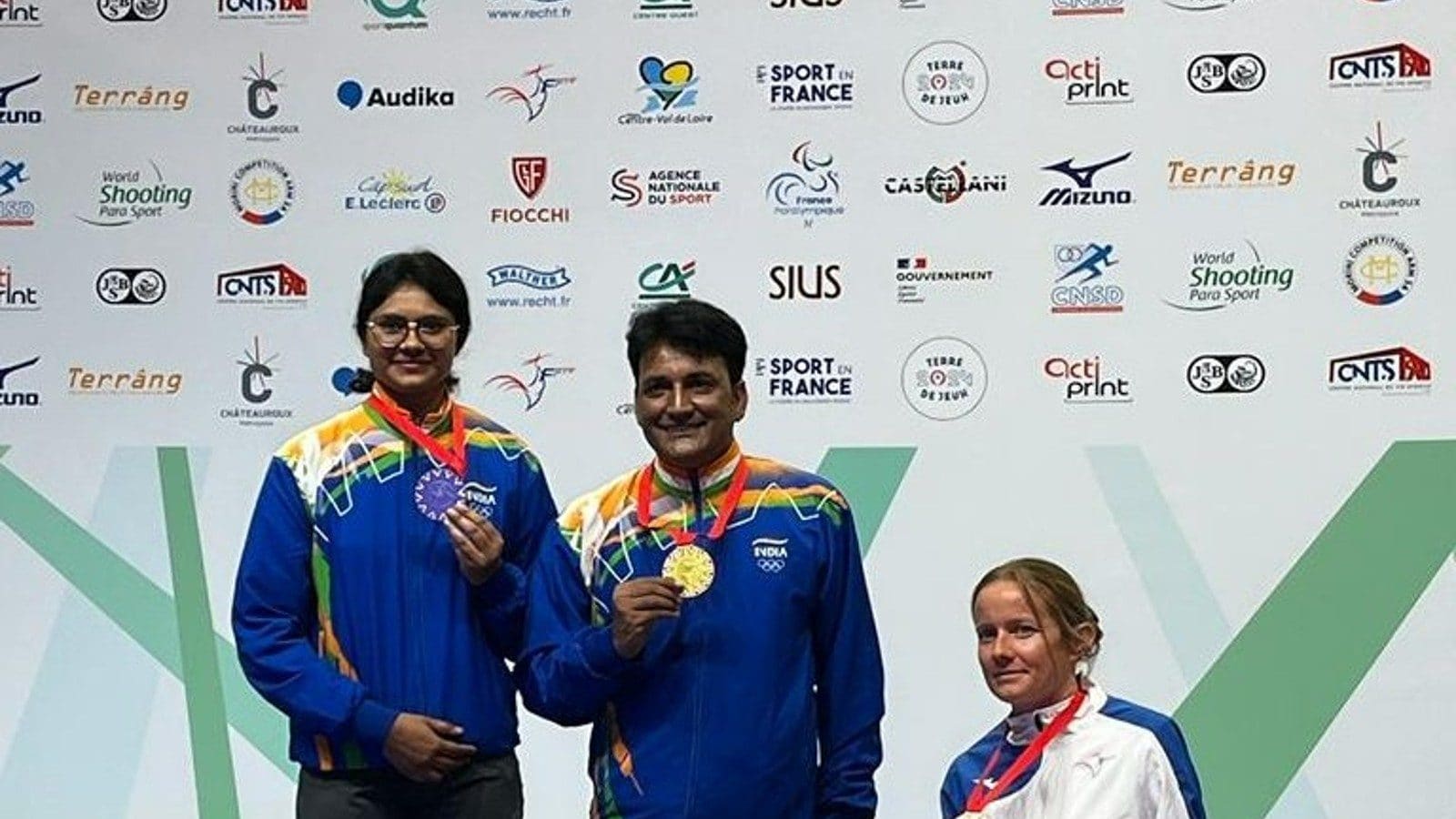 After four days of competition, India’s medals tally stands as 5 gold and 3 silver.
On yet another fruitful day for Team India, Jakhar, who finished fifth in the Mixed 25m Pistol final at Tokyo 2020 Paralympics, defeated fellow Indian shooter Rubina Francis for the gold medal with a score of 367-6x in the final four series. He maintained a 90+ score in the first three series as Francis settled with 355-7x.

France’s Eden Gaelle claimed the bronze with the same score of 355, but with 4x.

“I am happy to have been able to execute my plans. I was able to control my breathing and that was the key to the win. Though this is not a Paralympic event, winning a gold medal always gives you confidence,” Jakhar told the Paralympic Committee of India, looking forward to the Al Ain 2022 World Shooting Para Championships in November 2022.

The 35-year-old Jakhar had won the Men’s 10m Air Pistol gold with a world record effort in Croatia’s 2019 World Cup.

The Chateauroux 2022 World Cup, which is a Paris 2024 qualifying event, culminates on Sunday.