Chello Show Review: What is the story of this Indian film that went to the Oscars? see or not? 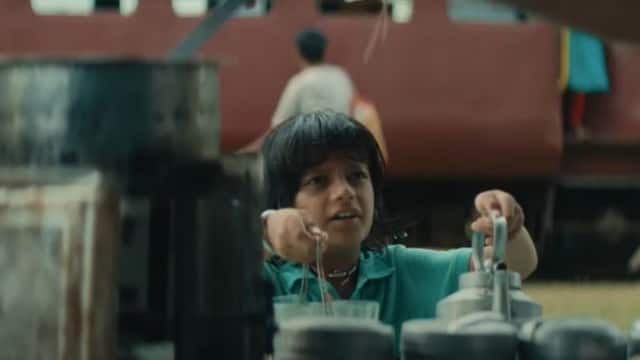 The film Last Film Show, which went to the Oscars from India, beating films like RRR, is a film that has the ability to touch the heart of every film watcher. After watching the film, it becomes clear why this film went to Oscar from India’s side. The film doesn’t have compelling songs, doesn’t have a huge star cast, doesn’t have a lot of glamour, but it’s a special film nonetheless. Let’s know why?

What is the story of Last Film Show?
chello show or last movie show Samay is the story of a boy who sells tea at a railway station in a remote farm-barn. His father has a tea shop at this station and a short distance behind the station is a kutcha house in the middle of the fields in which his family lives.

Time’s father hates movies. But one day he learns that his father is taking everyone to the city to show the film. On asking, time comes to know that it is a religious film so they are going to watch the film. In the theatre, Samay’s father tells him that watching movies is not a good thing. So this is the first and last show of his life that he has come to see.

But how this first and last experience of watching the film for the time being changes his whole life, from here begins the interesting story which opens many layers and each layer brings a new kind of story. As the film progresses, you begin to understand that the story of time is actually the story of the changes that have taken place in Indian cinema halls.

Time loves listening and telling stories. After selling tea at the station, he roams the tracks picking up matchboxes and then creates a story using the pictures on these boxes which he narrates to his friends. But when Time goes to watch a movie in the theatre, he falls in love with the cinematic technology through which stories can be seen as well as heard.

Gradually, Samay befriends a man working in the projector room. Samay feeds this man named Fazan with delicious food prepared by his mother, in return, he lets him sit in the projector room and watch the film. Gradually time learns all the techniques of cinema. But one day, time and Fazaan’s life comes to a standstill when they learn that projectors with old negative roles are being removed from the theatre.

What’s good and what’s bad in the film?
Through the story of time, you live an entire era of Indian cinema. The film is very down to earth. That innocence and simplicity of childhood makes you smile the whole time. The film has an amazing simplicity that touches your heart. The kind of scenes and background music used is amazing. Each and every artist has done their job well and it must be said that Nalin has given his best in terms of direction. The film salutes the stalwarts who took cinema to where it is today.

Should I watch the movie or not?
The answer to this question is a bit subjective. If you are looking for rock-cut music, glamour, heroism, strong action, romance or drama, then ‘Last Film Show’ is not for you. But if you want to see something very special and unique apart from the routine cinema, then this film is for you. The film gives your heart a strange comfort and narrates a story that most people have remained untouched by. Sometimes the devils of time make you laugh and sometimes their innocent questions make you think. Overall a very beautiful and amazing film.