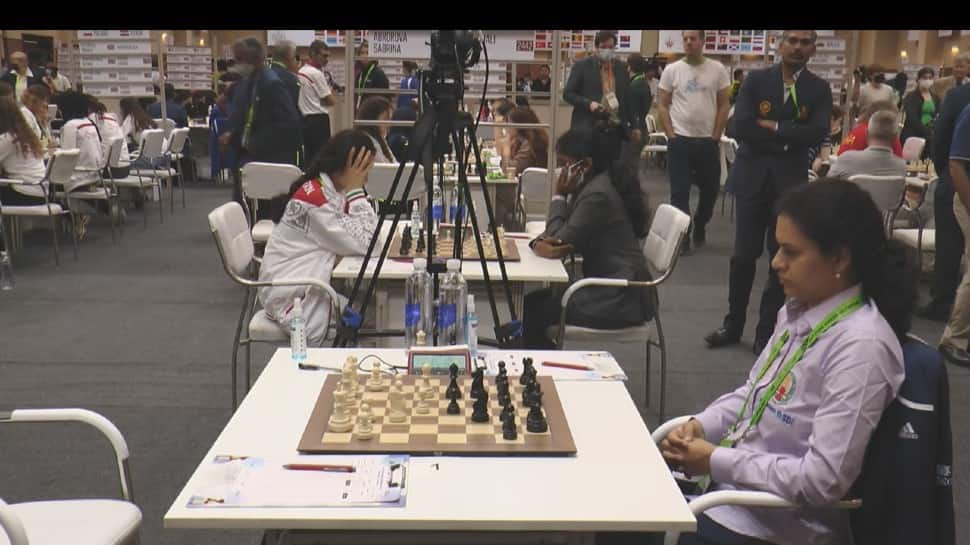 Indian teams opened their campaigns with easy wins in the Open and women’s sections of the 44th Chess Olympiad on Friday. All the six Indian teams (three in Open and three in women’s event) won 4-0 over their first round opponents.

Top-seeded Indian women’s A team beat Tajikistan while the B side got the better of Wales. India’s star player Koneru Humpy, playing on the top board, R Vaishali, Tania Sachdeva and Bhakti Kulkarni secured victories to ensure a winning start. (‘Crybaby’, Indian fans slam Pakistan for pulling out of 44th Chess Olympiad, check out reactions)

Humpy, the highest rated Indian woman player, got the better of Nedezha Antonova in 41 moves with black pieces. The Indian C team too began with a win, hammering Hong Kong 4-0.

The formidable US team, the top-seed in the Open event, dropped half a point against 93rd ranked Angola when International Master David Silva held Levon Aronian to a draw. Wesley So, Leinier Dominiguez, Perez and Sam Shankland recorded wins to register 3.5-0.5 victory for US.

… USA, Germany, Armenia, Kazakhstan, and many others.

79 teams in the Women’s section of the #ChessOlympiad won their Round 1 matches, and 70 of them with perfect 4-0 score! pic.twitter.com/pRnOZNu2bP
— International Chess Federation (@FIDE_chess) July 29, 2022

The star-studded ‘A’ team, ranked second behind the mighty US squad, rolled over Zimbabwe, with Vidit Gujrathi, Arjun Erigaisi, SL Narayanan and K Sasikiran recording wins. Raunak Sadhwani of the India B team was the first player to register a victory with the White pieces against Abdulrahman M in a Sicilian Defence game lasting 41 moves.

Enjoying space advantage, Raunak broke through on the King side after the exchange of minor pieces and dragged the King in a checkmating net with the queen and rooks combining efficiently.

“This is my first Olympiad and I am happy to start with a victory especially if you have played a good game,” said Raunak.

“Me and my team want to play good chess,” he added.

The other wins came from the fast-rising D Gukesh, the experienced B Adhiban and Nihal Sarin. The team coached by R B Ramesh chose to rest R Praggnanandhaa for Friday’s match.