China raged on US military officer, said – US is setting fire between two countries 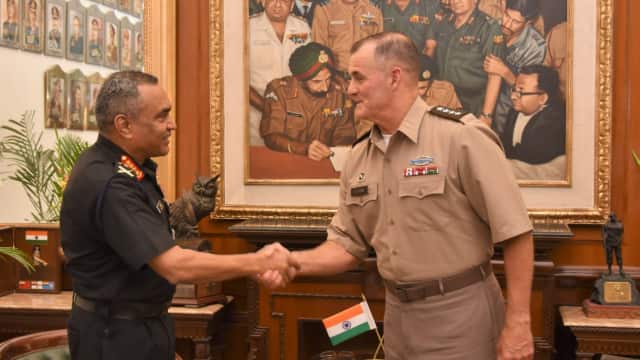 China is furious over the statement of the top US military officer who visited India. US General Charles A Flynn had said that China is building near the LAC, which is an alarm bell for India. Now China has reacted to this saying that America is trying to set fire between the two countries.

China’s Foreign Ministry spokesman said, Beijing and New Delhi can work together to find a solution to the problem. We will find a solution through dialogue. He said, America does not want a solution to this, that is why it is trying to set fire to two Himalayan regions. “Hopefully, US military officials will not point fingers like this in the future and will cooperate in establishing peace in the region,” he said.

The Chinese Foreign Ministry spokesman said, the dispute that has been going on for two years regarding eastern Ladakh is now on the way to be resolved. Disengagement has taken place in most areas of the Western Section and forces have been withdrawn. Gradually the situation is improving.

Let us inform that while talking to the media in New Delhi, Flynn had said that the way China is building on the LAC is eye-opening. The way China is doing activities in the Western Theater Command can be an alarm bell. He also raised questions on China’s intention. Let us inform that since May 2020, India and China are face to face in the region of Eastern Ladakh. The situation had worsened after the bloody conflict in Galwan Valley.

In the past, it was also learned that China is building a second bridge in Pangong Lake so that the army can be sent easily. Apart from this, he is also making arrangements to accommodate 50 thousand soldiers near the Indian border. Barracks are being built here.