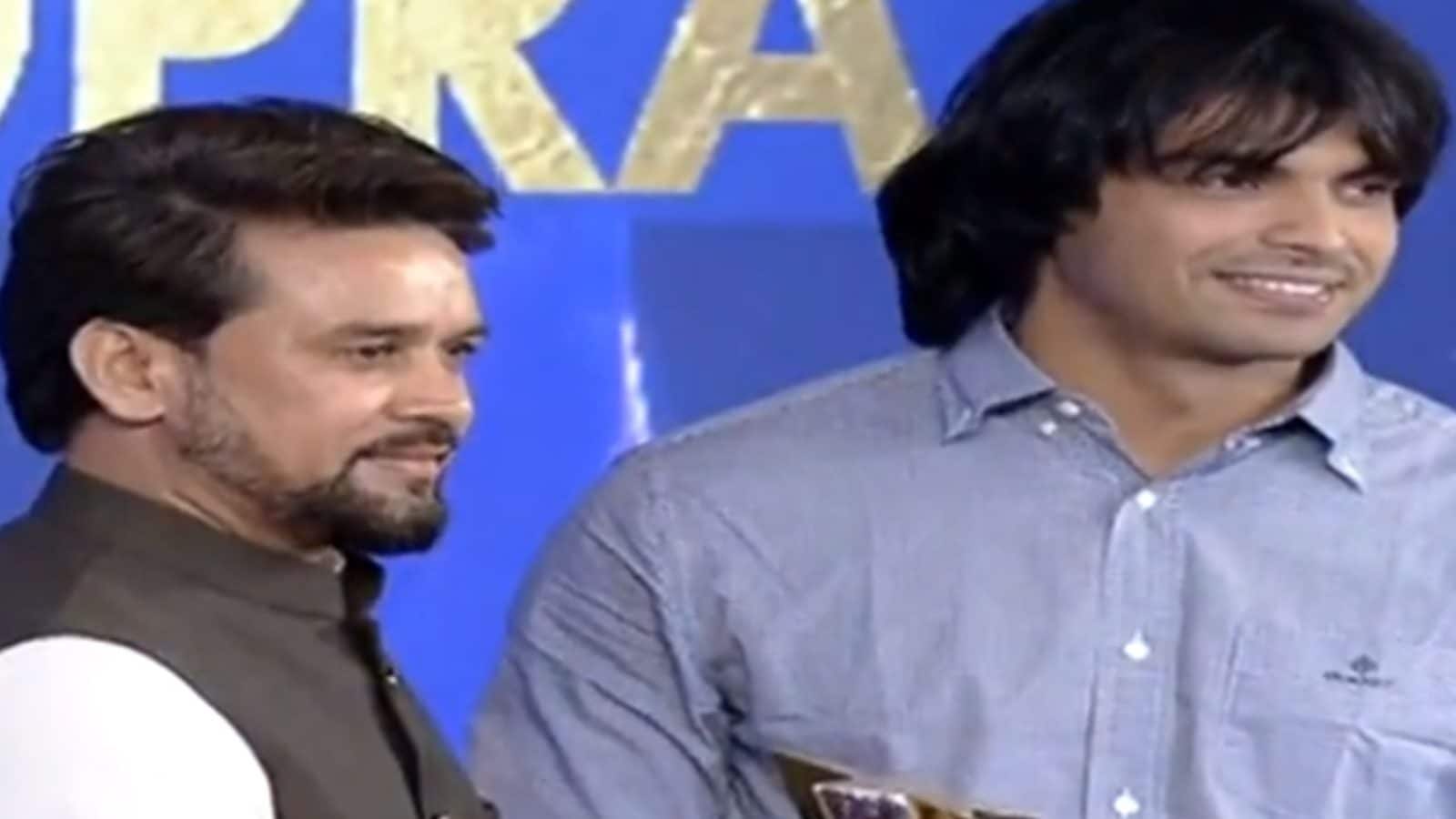 Olympic Champion Neeraj Chopra was conferred the CNN-News18 Indian of the Year 2022 award for the sports category by Union Minister of Youth Affairs and Sports Anurag Thakur on Thursday. The javelin thrower who won a gold medal at the Tokyo Olympics in 2021 made history with his 87.58m throw, becoming the second Indian to win individual gold in Olympics, and the first track-and-field medal for the country.

Chopra then added more lustre to his growing legend by becoming first Indian ever to win a silver at the World Championships held in July this year. With a stunning throw of 89.30m, the 24-year-old shatterred his own national record and placed him second in a star-studded field at the Paavo Nurmi Games in Turku.

Neeraj Chopra thanked CNN-News18 for the award and said he has learned to persevere in his efforts to improve his performance despite winning the gold medal after learning from the athletes around him. “To defeat the title is the biggest feat,” he said, adding he is “working hard to make athletics and India proud.”

Hailing Chopra, Union Sports Minister Anurag Thakur said only those who win know how much hard work went into achieving success. “Even after winning the (gold) medal, he remains grounded and made preparations to win more medals which is his biggest speciality. The entire country is proud of him,” he said.

#IndianOfTheYear 2022: The award in #Sports category goes to Neeraj Chopra (@Neeraj_chopra1). Giving my best to make India proud, he says