It all begins with parai. Coimbatore’s first Margazhiyil Makkalisai concert is set to kickstart with a thunderous jikkattam performance by Mahendran and team from Pollachi. The folk art form will feature percussion instruments such as thudumbu and satti parai.

The event, conceptualised by film director and producer Pa Ranjith’s Neelam Cultural Centre, seeks to introduce people to the music of our roots. Here, the stage is much more than just a performance platform. It is a space for democratisation of music, where artistes from several backgrounds and genres are given a voice. From gaana and rap, to oppari and rock, this concert promises a smorgasbord of genres.

Coimbatore’s maiden event will see the coming together of musicians from the Kongu belt. There is kadavu mathattam, featuring eight types of parai. “Their rhythms reflect the lives of the people who play them; parai from the region is referred to by various other names depending on the material used to make the instrument. Although this percussion instrument is different from region to region, the beats that run through it have a common thread of humanity,” says ‘Pesu’ JK Jayakumar, a parai scholar and performer, who is the artistes’ coordinator at Neelam Cultural Centre. 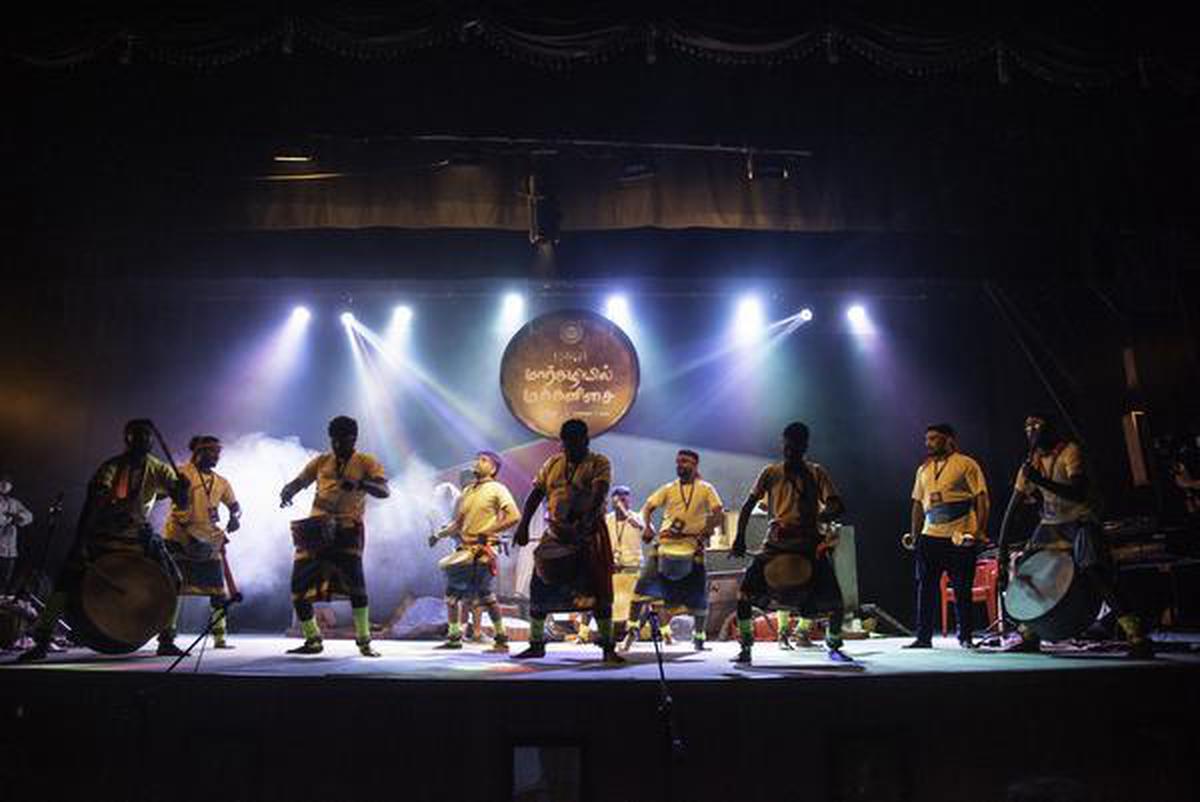 A tribal dance by artisans from Pillur will also be performed. “They will showcase their traditional instruments ,” explains Jayakumar, adding, “We also have a peru salangai attam in store.”

Rappers from the region are set to perform. Joining them is Chennai-based independent band The Casteless Collective. Arivu, Isaivani, Balachandar, and Chellamuthu from the band will be part of the four-hour-long performance.

For rapper and song writer Arivu, who weaves social and political issues close to his heart into his songs, this concert is like coming full circle. “I studied Engineering in Coimbatore from 2010 to 2014,” says Arivu, speaking over phone from Chennai, where he lives. “This is the first time I am visiting the city after my college days,” he adds.

Arivu became a household name after the success of ‘Enjoy Enjaami,’ a Tamil pop and hip-hop song incorporating elements of R&B and the folk music style oppari. “I’m excited to perform in the city, particularly at an event that brings together so many genres. It is a special feeling,” he says.

The music festival will also take place in Madurai and Chennai. The Chennai event, to be held from December 24, will feature over 500 artistes, spanning a week, with each day focussing on a particular genre. Arivu says that the Coimbatore concert will offer a “small sample” of the same.

“Next year, we hope to hold a bigger concert in the city,” he adds. According to Kalpana Ambedkar, the programme coordinator, film maker Pa Ranjith will be at the event, and the evening’s chief guest is writer Paamaran.

Margazhiyil Makkalisai is on at Sitra Auditorium, December 19, 5pm onwards. Entry is free. For details call 8925295451.