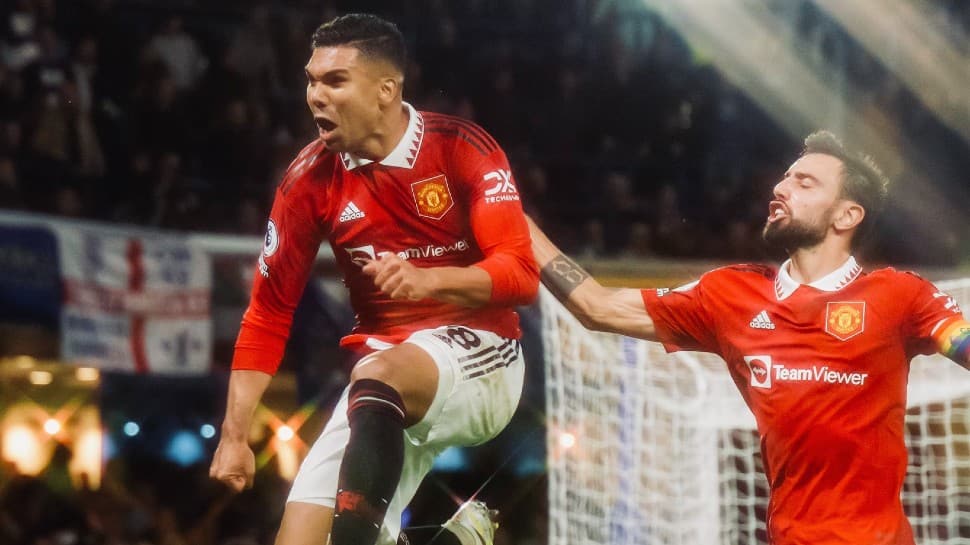 Casemiro’s injury-time header earned Manchester United a 1-1 draw at Chelsea in the Premier League on Saturday (October 22). Jorginho had looked like giving Graham Potter his first standout win against a major team in the league when converting an 87th-minute penalty.

But Casemiro rose to head past Kepa Arrizabalaga and earn United a deserved point. The visitors arrived at Stamford Bridge on the back of its most complete performance of the season in the 2-0 win against Tottenham in midweek. And United had the best of the chances in the first half, with Marcus Rashford again failing to make the most of his opportunities in front of goal and Antony missing when one-on-one with Kepa.

With Cristiano Ronaldo cut from Ten Hag’s squad after the Portugal striker refused to come on as a substitute against Spurs, United looked in danger of paying the price for its failure to capitalize on their dominance. Even more so when Scott McTominay brought down Armando Broja in the box late on.

Jorginho stepped up and converted from the spot. Victory would have seen fourth-place Chelsea move four points clear of United but Casemiro ensured late drama.

Rising at the far post to meet Shaw’s cross in the fourth minute of stoppage time, Kepa got a hand to the Brazilian’s header, but could only touch it onto the post before the ball crossed the line. “First half Rashford had two big chances, Antony one against one,” Ten Hag told BBC Sport. “You have to score goals in such moments because in top games three chances is massive. You have to score. We dictated the game and I am happy with that. If you concede a goal late it is difficult.”

Chelsea manager Graham Potter is still undefeated since succeeding Thomas Tuchel last month. “It’s disappointing because we’re 1-0 ahead at the end, but over the course of the game a point is about right and I’m not sure if we did enough to win it,” Potter told Sky Sports. “A really fighting performance from us, we improved a lot after 30 minutes so we will take what we get.”

United had a scare when Raphael Varane had to leave the field after 60 minutes with an apparent knee injury. The France international was in tears as he departed, raising concerns over his participation in the World Cup.