Don’t trust ‘half the population’? BJP-Congress denied in the election, worse condition of AAP 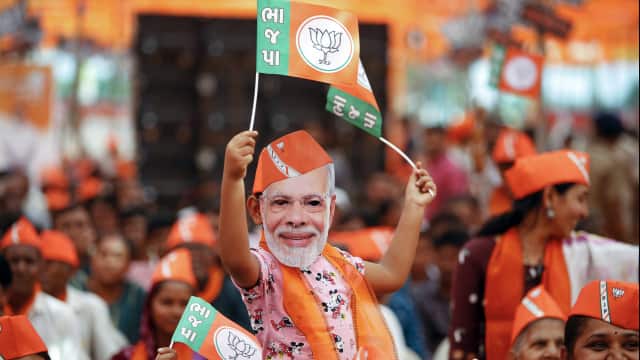 A total of 1,621 candidates are in the fray for the 182 assembly seats in the state. The ruling Bharatiya Janata Party (BJP) and the opposition Congress, as usual, have given tickets to only a few women this time. However, it is a matter of immediate relief that this year the number of women candidates contesting from both these parties has increased as compared to the 2017 elections.

You gave tickets to only 6 women
The Aam Aadmi Party (AAP) has fielded candidates for all 182 seats this time, out of which one candidate has withdrawn his name. AAP has given tickets to only six women candidates and three of them are contesting from Scheduled Tribe (ST) seats. Meanwhile, the All India Majlis-e-Ittehadul Muslimeen (AIMIM) is contesting on 13 seats and has given tickets to two women, one Muslim and one from the Dalit community. On the other hand, the Bahujan Samaj Party (BSP) has fielded 13 women candidates for the upcoming elections. BSP is contesting on 101 seats.

Things will not improve until reservation is implemented
Congress candidate from Sayajiganj seat in Vadodara, Ami Rawat, said women’s representation will increase if a bill providing 33 per cent reservation for women is passed in Parliament, while BJP’s state women’s wing chief Deepikaben Sarvada said her party is already It is working in the direction of increasing the representation of women by giving them important posts including the President.


56 independent candidates out of 139
A total of 1,621 candidates, of whom 139 are women, are contesting the Gujarat elections to be held in two phases next month, on December 1 and 5, according to Election Commission data. Of these women, 56 are independents.