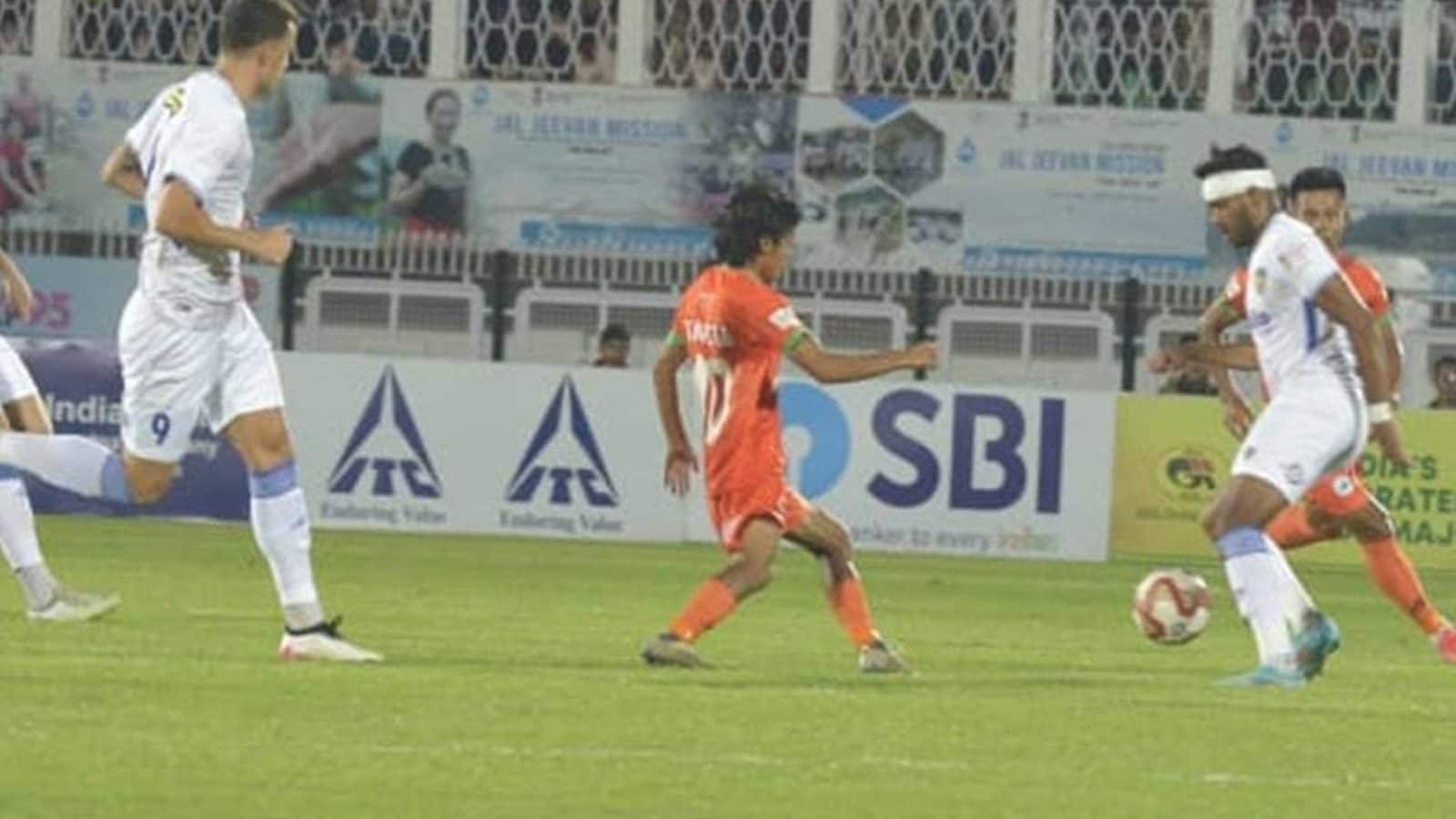 Chennaiyin FC (CFC) took their place in the quarterfinals of the 131st Indian Oil Durand Cup, with a comprehensive 2-0 victory over local favourites Neroca FC (NFC), at the Khuman Lampak Stadium on Monday.

The Group C game was the 40th and final of the Group stages, with the quarterfinals scheduled in Kolkata between September 9 to 12. Anirudh Thapa scored one and assisted in the other, to do the star turn for CFC in what was a game CFC could not lose and Neroca had to win, to survive in Asia’s oldest football tournament.

Chennaiyin looked the better side throughout and definitely had the more quality fire-power at this stage of the tournament, to come through quite comfortably in the end, in what was a pressure game for them in front of a boisterous home crowd.

It helped Tomas Brdaric’s side that the goal came early. A long ball meant for Croat striker Petar Sliskovic missed his head but instead struck his marker’s and fell in the path of Anirudh Thapa’s run. The diminutive midfielder took one touch to burst into the box and let go off a right-footer which beat the Neroca keeper Soram Poirei for power.

Neroca could have equalised at the half-hour mark when John Chidi snatched the ball from Iranian defender Vafa, just outside the CFC box and drove in, but his curler round the keeper missed its target.

CFC kept attacking and creating chances, however, and the Chidi effort turned out to be the only effort of note for the home side in the end.

The CFC midfield, in particular Thapa, began taking total control of the game in the second half. Regular forays by Rahim Ali and Sliskovic, brilliantly marshalled by Thapa as well as Sajal Bag on the wings made it a matter of time before CFC would score.

Vafa Hakhamaneshi finally provided that insurance when he leapt up to a beautifully delivered Thapa free-kick, to bang home a header.

https://www.youtube.com/watch?v=M0zMP4Eif1k” width=”942″ height=”530″ frameborder=”0″ allowfullscreen=”allowfullscreen”></iframe> <p>The experienced CFC side played out the rest of the game without much fuss and with Neroca already deflated. The best they could do was a Johnychand Singh header from a Thomyo cross in the final seconds of added time, which was off target.</p> <p>Anirudh Thapa now has contributed to five of the nine goals that CFC has scored so far in the tournament.</p> <p>Read all the <a href=Latest Sports News and Breaking News here