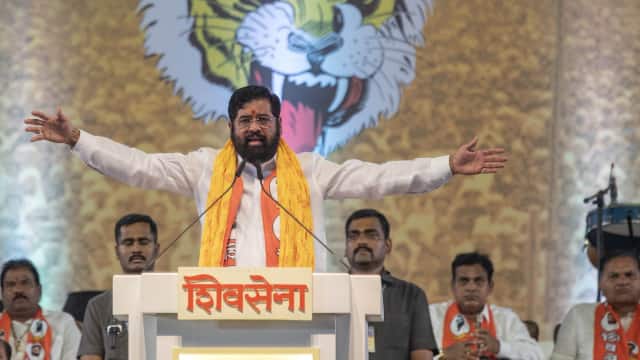 Shiv Sena’s old relationship with ‘Torch’, know what is the story of getting ‘Dhanush-Arrow’

It allocated the name ‘Shiv Sena – Uddhav Balasaheb Thackeray’ as the party name for the Thackeray faction, while Eknath Shinde’s faction was allotted the name ‘Balasahebunchi Shiv Sena’ (Balasaheb’s Shiv Sena), but as the election symbol of the Shinde camp. I rejected ‘Trishul’, ‘Gada’ and ‘Rising Suraj’. The Thackeray faction had also mentioned the trishul and the rising sun as their choice as election symbols. The rising sun is the symbol of Dravida Munnetra Kazhagam. The commission had asked the Shinde-led faction to submit a fresh list of symbols by Tuesday morning.

People are tired of watching the fight between Uddhav-Shinde, some have… know why Raj Thackeray said this

Shinde had rebelled against the leadership of former Maharashtra Chief Minister Uddhav Thackeray, claiming that he had the support of 40 of the 55 Shiv Sena MLAs and 12 of the 18 Lok Sabha members. After Uddhav’s resignation, Shinde took oath as the Chief Minister, forming the government with the help of the BJP.