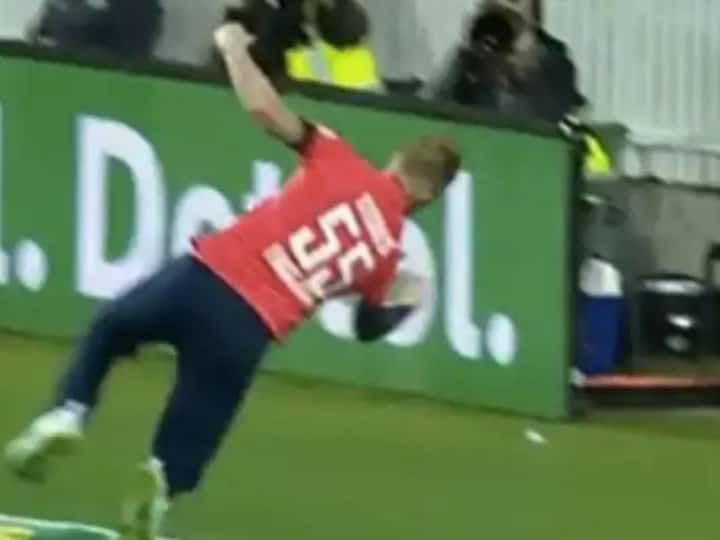 England’s Ben Stokes is one of the best all-rounders in world cricket. He is also one of the best fielders in modern cricket and can win you matches single-handedly. The English all-rounder made a “superhuman” fielding effort in the 2nd T20I against Australia at Canberra, saving a certain six for his side. A video of the incident has now gone viral on social media, leaving cricket fans thrilled.

In the 12th over of the game, Mitchell Marsh hit down the ground against Sam Curran. Initially, it looked like Marsh timed it well but Stokes, fielding at the boundary rope, stopped that ball and saved the maximum. Right outside the boundary rope, he pushed the ball back into the field while being mid air.

Fans on social media went berserk after seeing that outstanding effort by Stokes. Here are the reactions:

YOU CAN NOT DO THAT BEN STOKES 😍 pic.twitter.com/Y5nH6TtnJJ

What a save from Ben Stokes!!!!pic.twitter.com/aUNBxOv3CS

In the first match, Stokes bowled two overs and conceded 18 runs. He scalped the wicket of Marsh in the second T20I and has given just 10 runs.