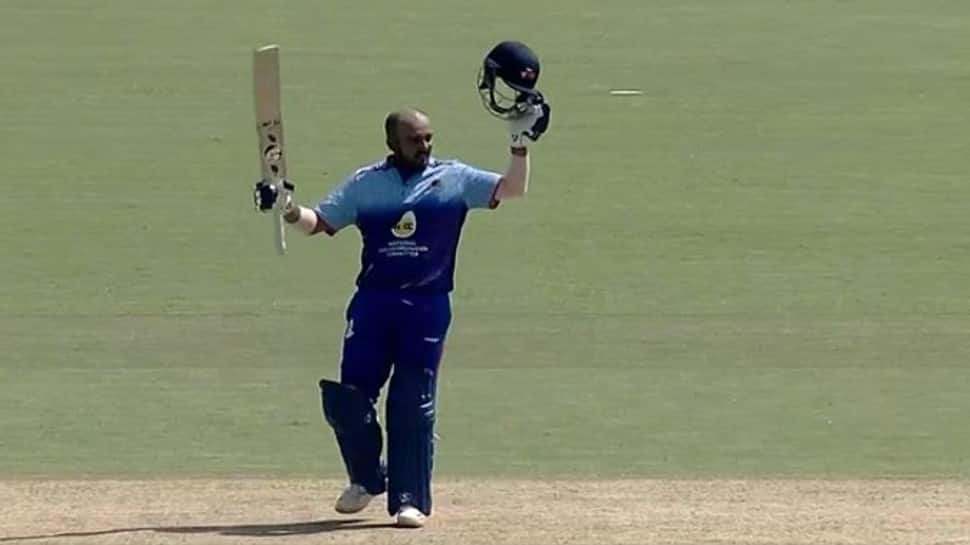 Prithvi Shaw smacked 134 runs off just 61 balls to continue his fine form in domestic cricket in Mumbai’s clash against Assam in the Syed Mushtaq Ali T20 trophy at the Saurashtra Cricket Association Stadium in Rajkot on Friday (October 14). Shaw, who was leading the Mumbai team in absence of regular captain Ajinkya Rahane creamed 13 boundaries and 9 sixes in his knock of 134 with a staggering strike rate of 219.67. Notably, it was Prithvi’s first century in T20 cricket.

After his blistering knock, fans could not keep calm and praised the right-hander for his impressive batting skills. Checkout the reactions below…

Unless Cricketing view knows Hazrat Zazai is Helicopter Khan’s best friend, not sure why he thinks Afg wouldn’t pick Prithvi Shaw if he was an Indian.
— Karthik Raj (@kartcric) October 14, 2022

Shaw was not happy after India’s second-string squad was announced for the ODI series at home against South Africa. Interestingly, RCB batter Rajat Patidar was also handed his maiden Men in Blue call-up but shockingly there was no Prithvi Shaw in the squad. With such young names in the squad many were expecting the right-handed opener to make his comeback in Team India after a stellar domestic season.

Shaw dropped a hint of his disappointment with BCCI’s decision of not selecting him as he took on his official Instagram and uploaded a story saying, “Don’t trust their words, trust their actions, because actions will prove why words are meaningless.”

Prithvi Shaw smashed his maiden T20 century in 46 balls against Assam in the Syed Mushtaq Ali T20 tournament at the same venue of his first Test ton. Interestingly, he has only played one T20I for India so far in his career.