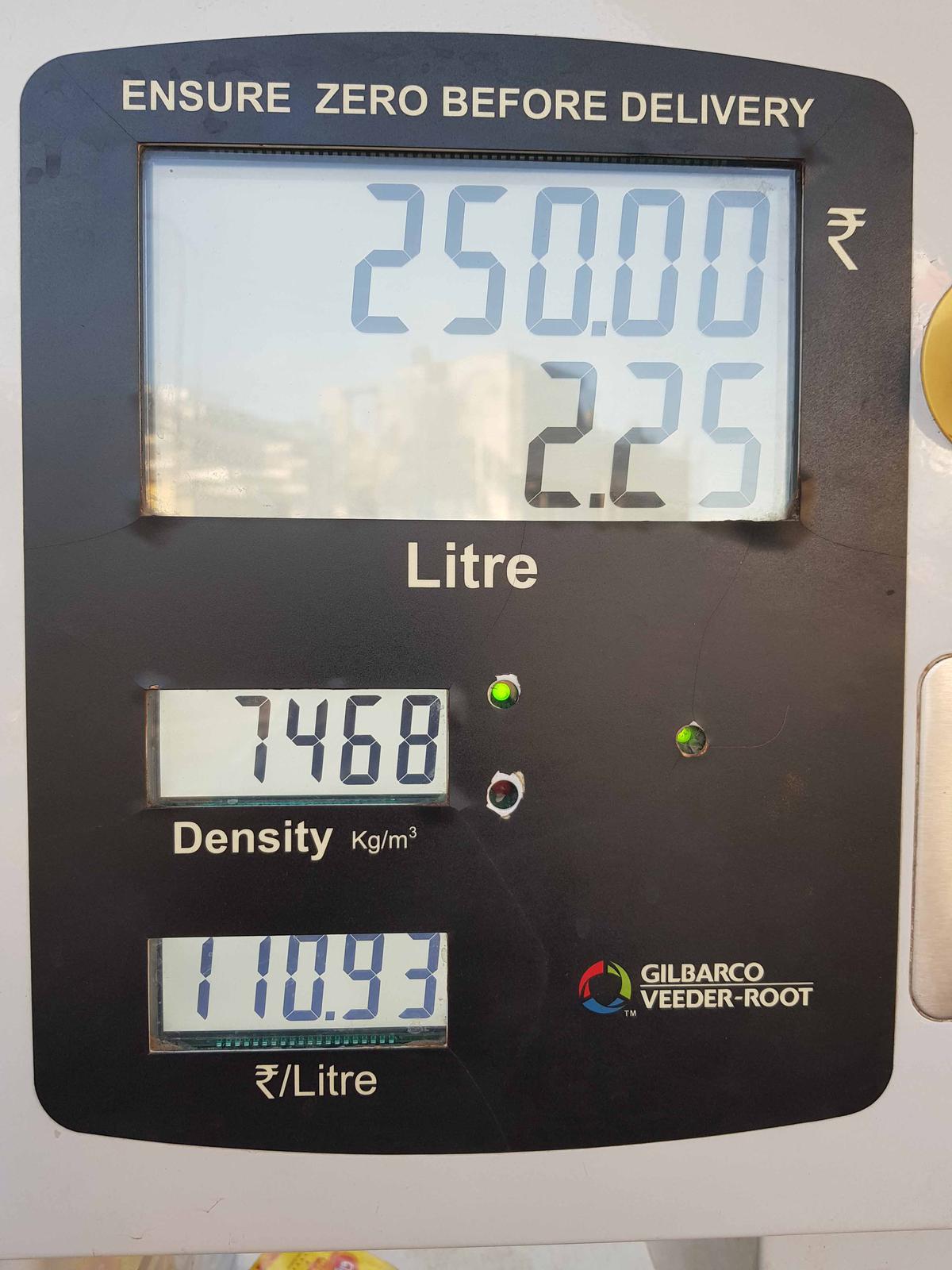 What is the Opposition-ruled States’ stand on reduction of value added tax to bring down petrol prices?

What is the Opposition-ruled States’ stand on reduction of value added tax to bring down petrol prices?

The story so far: Petrol is retailing at more than ₹100 per litre across India. While rising crude oil prices have added to the burden, the primary reason behind the steep increase in pump fuel prices over the last few years is the gradually rising Central Government’s excise duty component. Currently, for every litre of petrol, the Centre collects ₹27.9 as tax, whereas in 2014, that component was about ₹10.4. Such is the differential after the duty was cut by ₹5 per litre last November. While some States followed in the Centre’s footsteps with a cut in value added tax (VAT), many others did not. On Wednesday, Prime Minister Narendra Modi said fuel prices were too high in some non-BJP-ruled States as they did not ‘pass the benefits of the Centre’s excise duty cut’ to the public. He said States such as Maharashtra, West Bengal, Telangana, Andhra Pradesh, Tamil Nadu, Kerala and Jharkhand did not reduce VAT last November while Karnataka and Gujarat did so.

What is the Opposition saying?

Kerala Finance Minister K.N. Balagopal said the State had not raised sales tax on petrol and diesel in the past six years. “So, what is it that we should reduce,” he questioned. Similarly, Telangana Chief Minister K. Chandrasekhar Rao said his government had not increased fuel tax since 2015. West Bengal Chief Minister Mamata Banerjee chimed in saying, “We wanted prices of petroleum products to be reduced but the Prime Minister is asking the States to reduce the taxes. From where will we do that?”

By how much has the Central tax on fuel increased recently?

A comparison of State tax rates and Central excise duties on petrol in similar periods helps to decipher the impact of both taxes on retail prices. However, as past tax rates data are not archived by the government, and as the effective dates of State and Central taxes do not coincide, suitable dates were chosen to make the comparison viable.

In the period taken for review, the Centre’s tax component expanded by about ₹10 per litre of petrol.

By how much has the tax levied by States risen?

As on February 2019, Kerala charged 30.08% as sales tax along with ₹1/litre additional sales tax; plus, 1% was charged as cess. Telangana charged 35.2%. West Bengal charged 25% or ₹13.12 per litre whichever was higher, with minor additional components. None of the three States had made any increases to the rates till April, 2022.

In the considered period, Andhra Pradesh and Maharashtra (Mumbai)’s tax on petrol has risen by ₹3 per litre. Karnataka’s sales tax rate declined from 32% to 25.92%, and Gujarat’s from 17% to 13.7%. To summarise, the non-BJP-ruled States’ rate increases in the period ranged between nil and ₹3 per litre. In the BJP-ruled States, tax rates declined.

How can the impact of States’ taxes and the Centre’s excise duties on petrol be measured?

Given the varying tax rates between the Central and State governments, it is important to standardise them before comparison.

Another crucial difference is that the Centre’s tax rate is a fixed value whereas most of the State’s rates are charged in percentage terms. That is, a State’s tax collection depends on the base price, dealer commission and excise duty components, whereas the Centre’s is not.