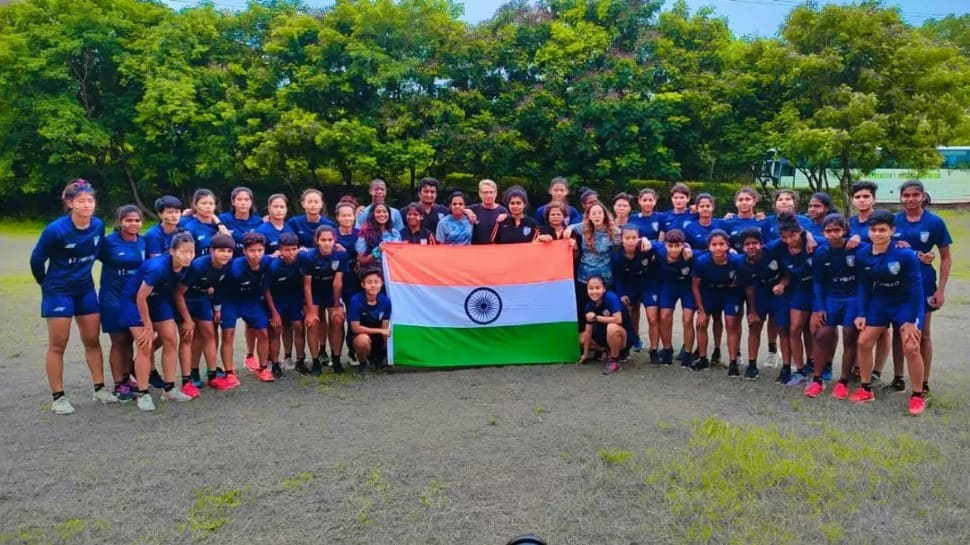 The Centre on Wednesday (August 17) told the Supreme Court that it is holding talks with world football governing body FIFA officials, and ‘breaking of ice’ could take place soon, as the government is making all efforts to lift the suspension of All India Football Federation (AIFF), imposed by FIFA.

Solicitor General Tushar Mehta, representing the Centre, submitted before a bench headed by Justice DY Chandrachud that the government is taking up the issue of suspension of AIFF by FIFA, and two meetings have taken place with the FIFA officials.

“We have reached a particular stage, breaking of ice is taking place. Discussions are going on and everyone is on board in the discussion…some way is found out (the government is making all efforts),” said Mehta.

Senior advocate Rahul Mehra submitted before the bench that former AIFF president Praful Patel should not be allowed to communicate with the FIFA officials. Mehta assured the top court that only government officials and authorised persons are holding discussions with FIFA officials and trying to find a way forward to resolve the crisis.

Justice Chandrachud said, “Country should hold the tournament…it is a great tournament for under 17…”

The bench added that efforts should be focussed on resolving the issue (suspension of AIFF by FIFA). The top court said the Central government should play a proactive role to resolve the matter to hold the tournament and also lifting of suspension of AIFF is duly facilitated.

FIFA, the apex football body, has suspended AIFF with ‘immediate effect due to undue influence from third parties’, jeopardising the country’s staging of the U-17 Women’s World Cup in October. The AIFF will not be able to play any international games until the ban is removed.

“The Bureau of the FIFA Council has unanimously decided to suspend the All India Football Federation (AIFF) with immediate effect due to undue influence from third parties, which constitutes a serious violation of the FIFA Statutes,” stated an official media release, issued by FIFA. The suspension will be lifted once an order to set up a committee of administrators to assume the powers of the AIFF Executive Committee has been repealed and the AIFF administration regains full control of the AIFF’s daily affairs, it said.

On August 3, the apex court had passed directions for conducting elections for the AIFF executive committee ahead of the hosting of the U-17 women’s World Cup by India. After this order, the Committee of Administrators (CoA) moved a contempt petition seeking initiation of contempt proceedings against former AIFF president Praful Patel and representatives of seven state associations accusing them of indirectly stalling the court ordered elections to the AIFF.