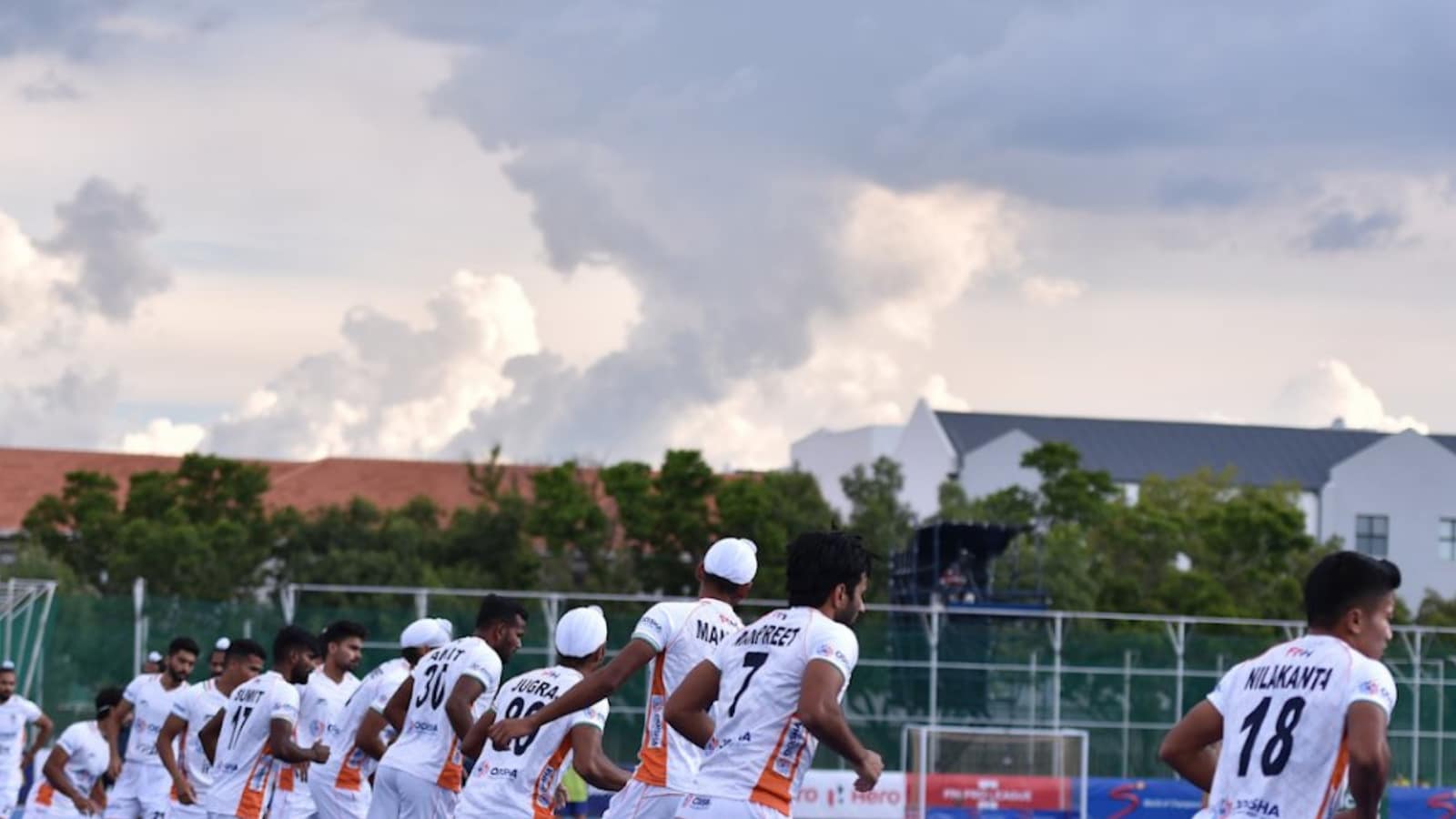 The Indian men’s hockey team made a remarkable comeback from three goals down to eke out a sensational 5-4 win over Spain in an edge-of-the-seat thriller in the FIH Pro League here on Saturday.

Up against world no. 9 Spain, Tokyo Olympics bronze medallists India were stunned when the visitors took a 4-1 lead through a hat-trick from skipper Marc Miralles (20th, 23rd, 40th minutes) and Pau Cunill (14th).

But the hosts scored through Harmanpreet Singh (15th, 60th), Shilanand Lakra (41st), Shamsher Singh (43rd) and Varun Kumar (55th) to register one of the most memorable comebacks in the history of the game.

India now have registered four wins out of five outings in the FIH Pro League.

Both the teams will face off against each other again on Sunday.

It was a pulsating first 15 minutes of the first-leg match with both the teams matching each other stick for stick.

Spain had the first shy at the goal when they secured a penalty corner in the fifth minute, but shot wide.

India soon earned a penalty corner which was converted by Harmanpreet but the goal was disallowed for dangerous play after Spain went for a referral.

In the 13th minute, India came tantalisingly close to breaking the deadlock when Mandeep Singh’s deflection from skipper Manpreet Singh’s pass was saved by the agile Spanish goalkeeper.

From the very next move, Spain secured their second penalty corner and Pau Cunill’s powerful flick proved to be too good for India custodian Suraj Karkare, as the visitors took a 1-0 lead.

India responded with just 18 seconds remaining in the clock from the first quarter when Harmanpreet found the back of the Spanish net with a fierce dragflcik from the team’s second penalty corner.

The Indians, however, came out subdued in the second quarter, allowing Spain to break their defence on quite a few occasions.

From one such move, Spain earned their third penalty corner which was converted by skipper Marc Miralles, whose flick went through the legs of experienced Indian goalkeeper PR Sreejesh.

Three minutes later, the Spanish forwardline once again caught the Indian defence napping as Mandeep Mor’s dangerous play inside their own circle resulted in a penalty stroke and Miralles stepped up to give his side a 3-1 lead.

Spain pressed hard on the Indian defence after the change of ends and secured two consecutive penalty corners in the 40th minute, the second of which was converted by Miralles with a fierce reverse hit from the top of the circle after the hosts thwarted the initial attempt.

Shocked by the goal, the Indians forged their way back into the match in a span of three minutes by scoring two goals to reduce the margin to 3-4.

First Lakra scored from a rebound and then Shamsher found the net from a penalty corner after Harmanpreet’s mistimed flick was saved by Garin.

Down by a goal, the Indians mounted raids after raids on the Spanish defence and in the process secured three more penalty corners, the last of which was converted by Varun in his 100th international appearance with a ripping flick to draw level with five minutes remaining in the match.

The Indians kept up the pressure and just four seconds from the hooter earned a penalty stroke, which was converted by Harmanpreet, much to the relief of the home team and its fans.