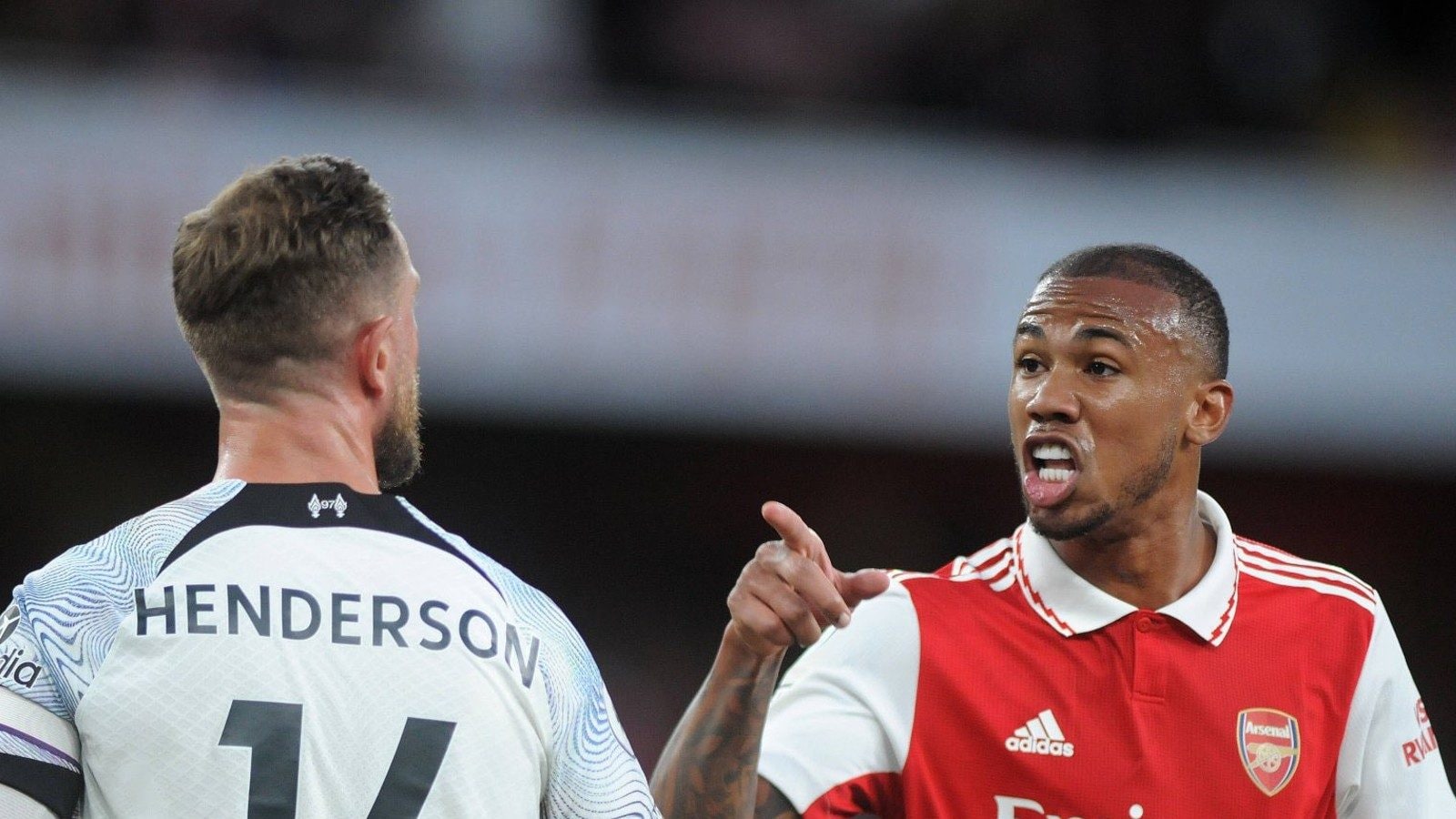 The Football Association (FA) has started gathering information from Arsenal defender Gabriel and Liverpool captain Jordan Henderson following their angry confrontation at the Emirates on Sunday.

According to a report, the FA has spoken to Gabriel after the governing body opened a probe into his confrontation with Jordan Henderson on Sunday. He has also spoken to disciplinary chiefs as part of the FA’s inquiries into his heated altercation.

It is believed that Henderson has had the chance to put his side of the story across to the disciplinary chief and FA.

Gabriel and Henderson had a bitter altercation and both players were asked for their observations by referee Michael Oliver in keeping with the FA protocols. According to Sky Sports, the referee’s report is also being reviewed following the altercation.

The FA remains tight-lipped on the matter, and have repeated their original statement from Sunday night, which stated they are in discussions with all the match officials, and will “review the details of the incident”.

It remains to be seen whether the governing body will open a full-scale investigation into the incident.

Initial inquiries are likely to take several days. In cases such as this, it is normal for the FA to seek eyewitness accounts from all the players — and any club support staff — who were involved in the fracas, or within earshot of what was said.

According to the report, it is also very likely the FA will employ a lip reader to work alongside them, as officials review all of the television footage available.