From rat invading field to late food delivery, some stranger reasons for halting a cricket match 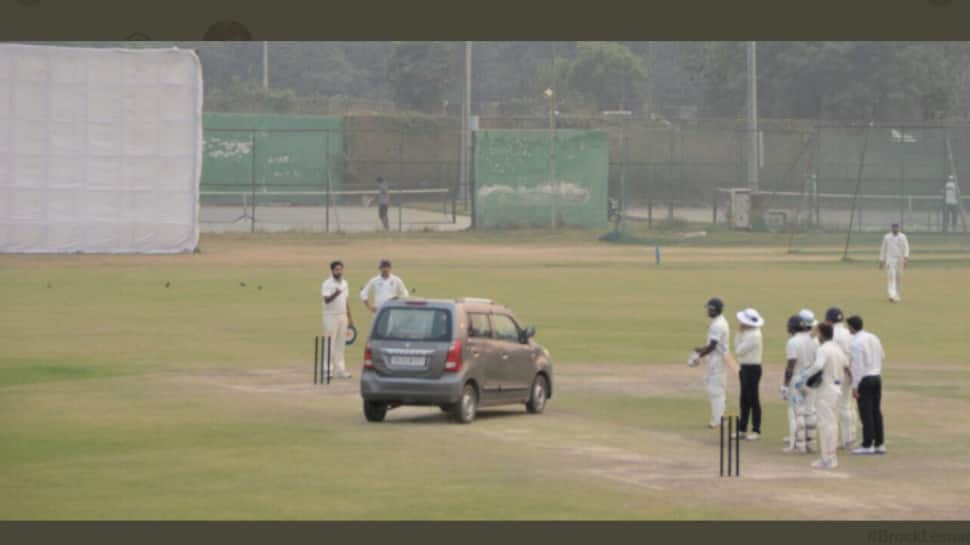 The most common reason for a cricket match to come to a halt is bad weather and by that, we often mean rain interruptions. But do you know there have been other instances when a cricket match came to a stop, even if briefly.

Below are some of the strangest reasons for a halt in a cricket match.

When a pig stopped a cricket match

It was the game between English counties Worcestershire and Derbyshire in 1889 which was stopped for a while because..err.. a pig ran across the ground. Again, in 1982-83, during an Ashes Test, someone let loose a pig again that halted the match for a while.

The car that lost its way

This was quite hilarious. This was a Ranji Trophy match between Delhi and Uttar Pradesh at the Palam ground in Delhi and many international players like Suresh Raina, Ishant Sharma, Rishabh Pant, Gautam Gambhir were in action when a WagonR rolled by and drove across the pitch twice. Some of the players, including Rishabh, were laughing. But it was no laughing matter as important minutes were lost and the players security was also at risk.

Very disturbing to see our Ranji Trophy game being interrupted in this fashion today! Thankfully all players are safe __ pic.twitter.com/OuErA8O6aI

When the food delivery got delayed

Okay, so this was during the Bangladesh and South Africa second Test at Blomfontein in 2017 when the visiting team’s good did not arrive by lunch. Bangladesh players’ halal food had not arrive on time due to some miscommunication and that led to a delay of one and half hours.

In two South Africa vs Sri Lanka fixtures, a bees attack has stopped play. It first happened in Johannesburg in 2017 and then two years later, it happened again in 2019 at Chester-Le-Street.

When a burnt toast caused a game to stop

Nathan Lyon has caused many damages to the batters all over the world but this was the first time he caused a halt in the play. In the Sheffield Shield game between Queensland and New South Wales the fire alarm sounded and it led to pause in the game with NSW batter struggling to focus. The fire trucks came to the Allan Border Field in Brisbane thinking there was a fire out break but it was later learnd that it was Lyon who was behind this. Actually, he had burnt a piece of toast which led to the fire alarms losing their quiet.

There are many other instances when a game came to a pause including: Sun stopping play at Napier between India and New Zealand, A snake stopping play in an U17 game in Blacktown near Sydney. A local match at Lord’s was stopped and players laid on the turf after a threat of a flying bomb was issued.

During a County match between Kent and Hampshire, the game was stopped in 1957, after a rat ran down to the pitch.