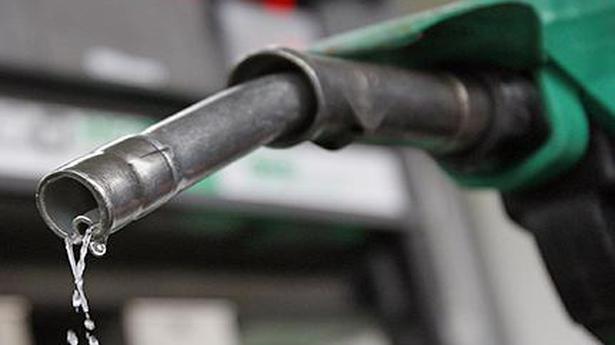 Global share markets slid lower on Tuesday as oil remained near record highs and the prospect of a U.S. ban on Russian oil imports stoked volatility and fears of stagflation.

Since Russia invaded Ukraine on Feb. 24, Western sanctions have cut Russia off from international trade and financial markets.

U.S. President Joe Biden’s administration is willing to move ahead with an American ban on Russian oil imports Even if European allies do not, U.S. sources indicated.

Russia, which calls its actions in Ukraine a “special operation,” warned that prices could surge to $300 a barrel and it might close the main gas pipeline to Germany if the West halts oil imports over the invasion of Ukraine.

The MSCI world equity index, which tracks shares in 50 countries, was down 0.66%, having hit its lowest level since March 2021 in early Asian trading.

Solita Marcelli, chief investment officer in the Americas for UBS’s wealth management arm, said the increase in oil prices over the past week — the second biggest jump 30 years — is likely to stick around, causing continued market volatility.

“The Russia-Ukraine war has driven oil prices up faster than we previously expected, but we continue to see a tight supply-demand balance for crude oil globally, even if the hostilities end and the geopolitical risk premium attached to crude declines,” Mr. Marcelli said.

The London Metal Exchange (LME) halted nickel trading on Tuesday after prices doubled in just hours to a record $100,000 per ton, fueled by a race to cover short positions.

UBS Global Wealth Management recommended a neutral stance on equities and advised clients to hold commodities, energy stocks and the U.S. dollar as portfolio hedges in the short term.

The rally in oil and other commodities has heightened investor fears about global inflation. Data this week is expected to show the U.S. consumer price index climbed a stratospheric 7.9% on a year-on-year basis in February, up from 7.5% in January.