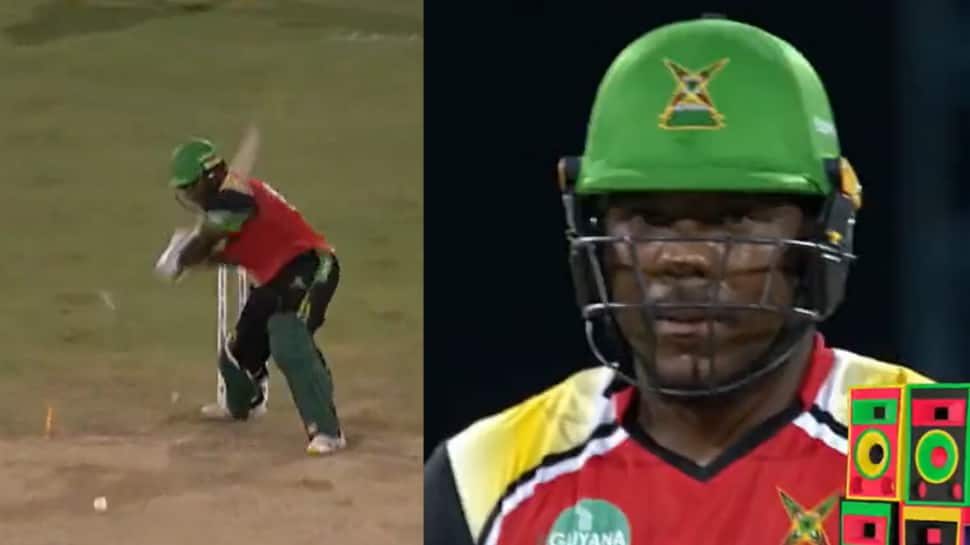 The six-hitting power of West Indies was one big reason why they dominated T20 cricket when it was very new to the world. When other nations believed in rotating strikes and convering singles into doubles, the likes of Chris Gayle, Dwayne Smith, Lendl Simmons, Daren Sammy and Kieron Pollard accumulated quick runs through maximums and boundaries. That made the huge difference and as a result, they won 2 back to back T20 World Cups, in 2012 and 2016.

The world can never forget those 4 sixes off Ben Stokes’ over in ICC T20 World Cup final in 2016 when Carlos Brathwaite went into a hitting spree. On Wednesday, Odean Smith displayed another such brilliance when he smashed five sixes in a single while playing for Guyana Amazon Warriors vs Jamaica Tallawahs in Caribbean Premier League. He smashed 42 runs off 16 balls. Migael Pretorius faced the punishment of bowling in slot of Smith, who smashed him for 5 sixes in a row and leaked a total of 31 runs. That was some brutal hitting and it reminded the world yet again of exclusive muscle power that you only find in the Carribean nations.

Take a look at Odean Smith’s five sixes in a row in CPL.

That was some ball striking by Odean Smith and Keemo Paul tonight for the @GYAmazonWarrior . A little glimpse into what so many of us here in the Caribbean hope to see more of in international cricket. @CPL

West Indies’fast bowling legend and commentator Ian Bishop hailed the effort from Smith as well as Keemo Paul, who helped take Warriors past a decent total in the end. He wrote on Twitter: “That was some ball striking by Odean Smith and Keemo Paul tonight for the @GYAmazonWarrior. A little glimpse into what so many of us here in the Caribbean hope to see more of in international cricket.”

Odean Smith is a part of West Indies’ T20 World Cup 2022 squad, who would be aiming for their third ICC T20 title this year.