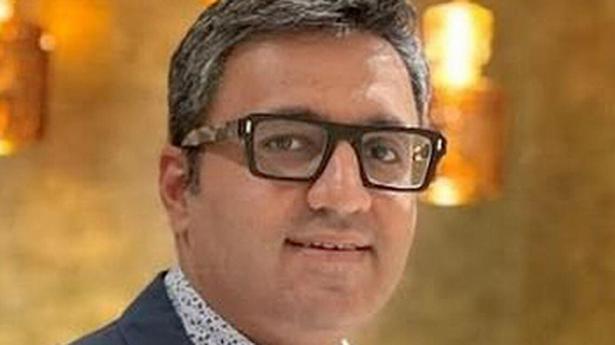 “Ashneer Grover paid ₹7.1 crore advance tax on March 8 and Madhuri Jain has paid ₹1.1 crore as advance tax for assessment year 2022-23. “This makes him one of the highest taxpayers among startup founders for two years in a row,” the source, who did not wish to be named, said.

A query sent to Mr. Grover did not elicit any reply. He is currently under the lens of tax authorities for tax evasion due to alleged misappropriation of funds at BharatPe.

Goods and Services Tax (GST) authorities have expanded the probe into alleged tax evasion by fintech firm BharatPe to include reported issuance of fake invoices by those close to the firm’s ousted co-founder Ashneer Grover, an official said.

GST authorities are now scrutinising BharatPe books of the last four years to see if bogus invoices were issued for services as well.

BharatPe had stripped Mr. Grover and his wife Madhuri Jain of all positions after a preliminary report of an external audit commissioned by the fintech firm’s board showed that the duo indulged in alleged misdeeds and financial irregularities.

GST officials have since last year been investigating the books of BharatPe for alleged issuance of invoices without any actual supply of goods and the Directorate General of GST Intelligence (DGGI) in October last year had conducted a search operation at the fintech firm’s head office.

The GST investigation officers are looking into the books of accounts of BharatPe, which was founded in April 2018, and would arrive at a definitive conclusion on tax evasion in a fortnight’s time, the official added.

GST law allow taxmen to probe the books of accounts of any company of last five years.

BharatPe, which has engaged a law firm and risk advisory consultants to conduct a more detailed investigation after allegations of financial irregularities, last month sacked Ms. Jain, head of controls at BharatPe.

She was terminated for alleged financial irregularities, including using the company funds for personal visits abroad, beauty treatments, buying electronics and paying for helps employed at her residence.

BharatPe, which allows shop owners to make digital payments through QR codes, last week stripped Mr. Grover of all titles and positions over his alleged “misdeeds” and may take further legal action, including clawing back of some of his shareholding.