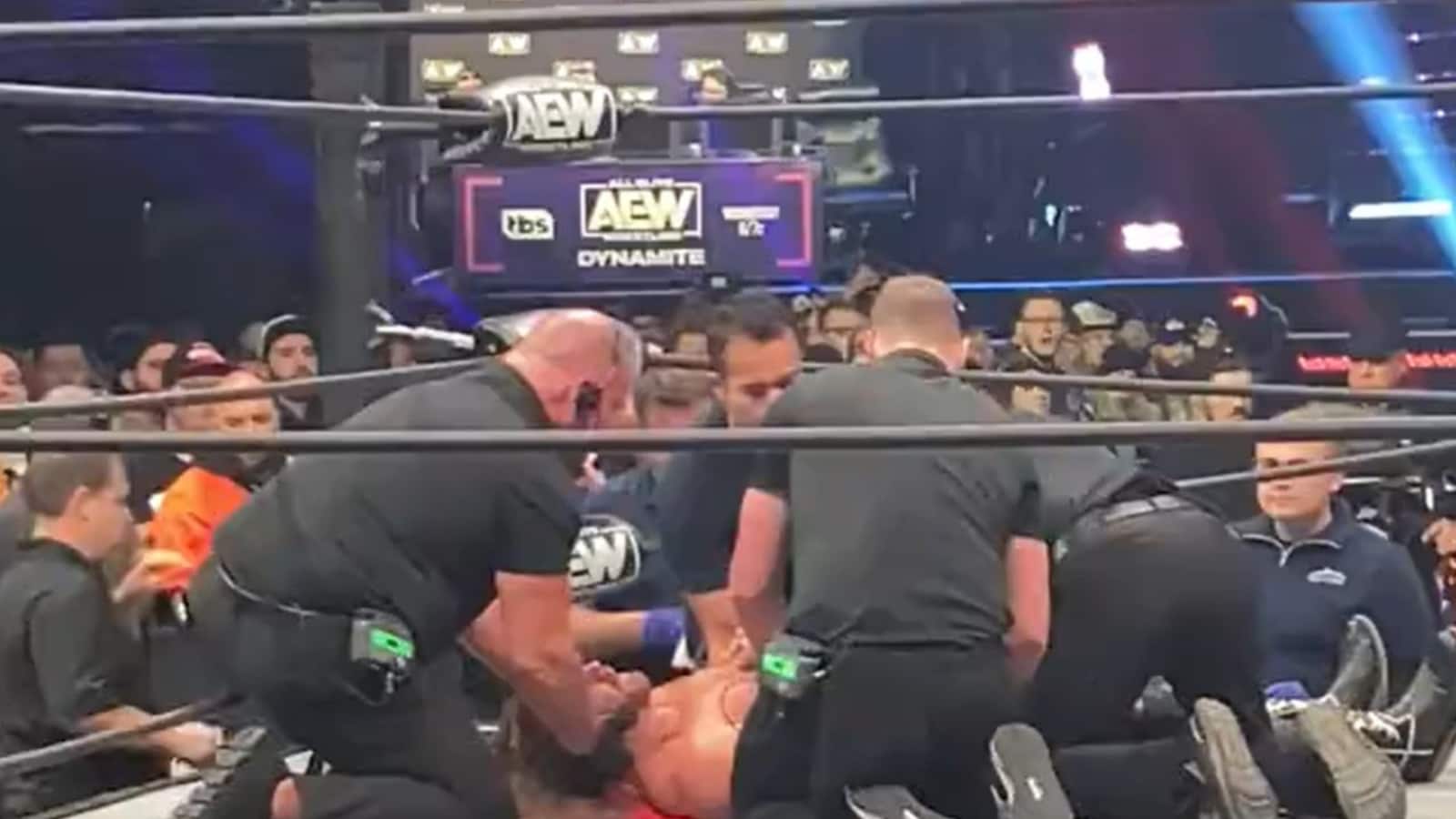 All Elite Wrestling (AEW) superstar Hangman Adam Page was stretchered off after enduring an injury during a fight from the Dynamite episode that aired on Wednesday. The incident happened during the main event of the night where Page brawled against AEW Universal champion Jon Moxley.

The Hangman won the Rampage Royale a few weeks ago, giving him his first shot at becoming a two-time champion since losing to CM Punk at Double or Nothing. The highly anticipated match was proving to be yet another enthralling bout as both the wrestlers went toe to toe in the last match of the night.

However, things quickly went downhill when Moxley caught Page with his special move king kong lariat forced Page to land awkwardly on his head and neck. The referee and the ringside physician Paul Turner swiftly halted the match and checked on Page after which it was determined that Page was unable to compete and the match was called off.

While cameras panned towards the announce table who killed time by running through upcoming matches, Page was stretchered out of the ring. AEW made sure that the cameras avoided the injured wrestler and attention was turned towards his opponent Moxley. The Universal champion was clearly devastated by his fellow wrestler’s injury and wished him a quick recovery.

AEW shared the update about Page’s injury on Twitter. The wrestling promotion informed in their statement that Page was taken to the Cincinnati Trauma Center and was diagnosed with a mild concussion. The Hangman has been discharged but he will remain under their concussion protocol. AEW also appreciated the care and swift action of their staff and the local medical personnel.

Following Page’s exit, a post-match angle transpired between Moxley and MJF, with the champion expertly improvising a lengthy promo to stall time, and MJF eventually came in and teased cashing in his Casino Ladder match chip, before opting not to. It remains unclear when Adam Page will make his comeback to the squared ring but the AEW fans will want that their superstar recovers well and returns to AEW as soon as possible.