Has PM Kisan Yojana stopped? Beneficiaries asking – where is the 12th installment stuck? 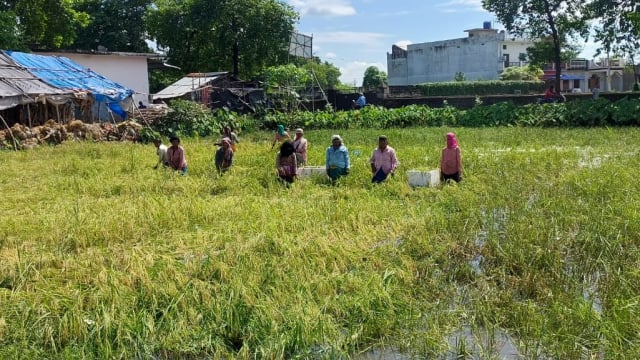 PM Kisan 12th Installment News: Where is the 12th installment of PM Kisan stuck? Has PM Kisan Samman Nidhi Yojana (PM Kisan) stopped? When will PM Kisan’s money come? This time the government (Modi Sarkar) crossed the limit. All such questions are not only arising in the mind of crores of farmers surrounded by apprehensions, but this discussion is common among farmers from field to barn and at square and square.

Why are farmers apprehensive

Four-five farmers were engaged in similar questions at a tea stall in Mathauli market in Kushinagar district of Uttar Pradesh. Farmer Radheshyam was worried about not getting the installment till now. He asked a gentleman sitting nearby whether the PM Kisan scheme was stopped? Till now the money has not come. By then the other farmer Birju said, “Oh no! Fake farmers were raising a lot of money, so the government is doing a lot of investigation. May be by Diwali.”

11 installments released so far, what is the preparation for 12th

More than 12 crore farmers are registered under PM Kisan Samman Nidhi Yojana. The central government has so far released 11 installments. Under this scheme, the beneficiaries are transferred directly to the accounts of farmers in three equal installments of Rs 6000 2000-2000 annually. These installments are given in April-July, August-November and December-March. Often the next installment comes only a few days after the start of the month, but this time it did not happen.

Read also: PM Kisan: When will the 12th installment of PM Kisan come? Call here to know the answer to this question

In fact, to prevent fraud in PM Kisan Samman Nidhi Yojana, the central government has made EKYC mandatory. Along with this, the state governments are conducting physical verification by setting up village-village chaupals so that only the eligible get the benefit of this scheme. Due to this there is a delay in the release of the installment.