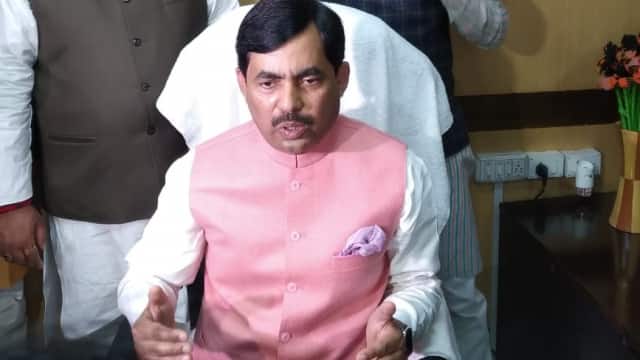 The High Court has refused to grant relief to BJP leader and former Union Minister Shahnabaz Hussain. The court has ordered the Delhi Police to immediately register a case against Hussain for raping the woman. Along with this, the court has also ordered to complete the investigation in three months and file the charge sheet. In 2018, the woman had accused former Union minister Hussain of rape.

On Wednesday, the High Court may increase the difficulties of former Union Minister and senior BJP leader Shahnawaz Hussain. The court, while denying relief to him, ordered the Delhi Police to immediately register a case against him for raping the woman. The Court has observed that from the facts, there appears to be complete reluctance on the part of Delhi Police to register an FIR.

Justice Asha Menon has directed the Delhi Police to investigate the matter within three months and file a report (charge sheet) in the court concerned under Section 173 of the Code of Criminal Procedure. Also said that on receipt of a complaint from the Commissioner of Police in June 2018, the police have a lot to explain for not registering an FIR.

Justice Menon has observed that ‘it seems that the police is completely reluctant to even register a police FIR against the petitioner Hussain.’ The Court observed that in the absence of FIR, as the Special Judge (Trial Court) rightly observed, the only thing that the police could do is the preliminary inquiry. The court also questioned the attitude of the police in this matter. The court made the remarks while dismissing BJP leader Hussain’s appeal against the lower court’s order to register a rape case as baseless.

He has also directed the Delhi Police to investigate the matter within three months and file a report (charge sheet) in the concerned court under Section 173 of the Code of Criminal Procedure. The court, in its 14-page judgment, held that there was no lapse in the trial court’s order ordering the Delhi Police to register an FIR against the petitioner Hussain by the Metropolitan Magistrate. The Court in its judgment has observed that ‘there is also no error in the judgment of the Special Judge in the case that the investigation report of the police being preliminary in nature, it cannot be treated as a cancellation report’. The High Court has said that the police, after registering an FIR and conducting a thorough investigation, will have to submit a report in the prescribed format before the Metropolitan Magistrate concerned under Section 173 of CrPC. The Court has observed that ‘No doubt, thereupon the Magistrate concerned shall proceed in accordance with law to determine whether to accept the final report or not.

Senior advocate Siddharth Luthra, appearing for the BJP leader, told the court that the Delhi Police had given a clean chit to his client, despite the magistrate’s direction to register an FIR. Luthra had also told the court that the police’s response to the woman’s complaint in the court should be treated as a quashing report as none of the allegations were substantiated.

The court, however, dismissed the BJP leader’s appeal against the revision order, observing that the directions issued by the trial court for registration of the FIR could hardly be described as an irregularity and did not require interference. The High Court has observed that there was no malpractice in the orders of the trial court directing registration of the FIR. The court has observed that there was no reason to treat the reply of the trial court as closure report on the complaint of the woman even though the FIR had not been registered. Luthra had sought quashing of the trial court’s order saying that the woman’s allegations were not supported by others in the tent house.

this is the case
Senior BJP leader Shahnawaz Hussain was accused by a Delhi woman of raping her on April 12, 2018 by feeding her intoxicants at a farm house in Chhatarpur. The woman complained about this to the Delhi Police, but after the case was not registered, she filed an application in the court seeking registration of a case against the BJP leader. In this case, the Metropolitan Magistrate at Saket District Court on July 7, 2018, ordered the Delhi Police to register a case against BJP leader Shahnawaz Hussain on rape and other charges.