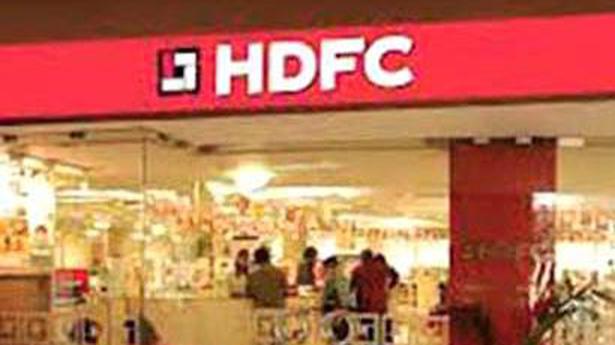 Mortgage major HDFC on Friday reported a 4.95% growth in consolidated June quarter net profit at ₹5,574 crore, limited by the impact of the interest rate hikes on its core income.

On a standalone basis, the largest pure-play mortgage lender in the country reported a 22% increase in net profit to ₹3,669 crore for the quarter, which was a shade below the street estimates of growth in the high-20s.

Core net interest income (NII) rose 8% to ₹4,447 crore, which was one of the major reasons for the lower profit growth.

The company’s vice-chairman and chief executive Keki Mistry explained that loan demand had been robust with the overall assets growing by 16%, but that the NII was impacted by rate increases which take time to be passed on to borrowers.

If not for this “transmission lag”, the NII would have been 16% higher, Mr. Mistry said, adding that it expected NII growth to accelerate from here and normalise during the course of the fiscal year.

There was a narrowing in the net interest margin to 3.4%, and Mr. Mistry said the elevated levels of the year-earlier period were not sustainable.

Mr. Mistry said the company had witnessed the highest-ever performance on the asset growth front on quite a few parameters as the demand environment for housing loans was strong across all segments, including affordable, mid-income and high-income.

Growth in non-individual loans was lower at 8%, but Mr. Mistry exuded confidence in double-digit growth in the segment for the fiscal year. At the end of the quarter, 79% of the book comprised individual loans.

A spike in dividend income to ₹686.52 crore from $16.40 crore also helped profit growth for the reporting quarter.

About 0.77% of the book was restructured under the various COVID dispensations of the RBI, and the lender is carrying provisions of more than ₹13,000 crore for any eventuality. The profit on the sale of investments came down to ₹183.81 crore compared with ₹263.02 crore a year earlier.

Mr. Mistry said the company was looking at raising up to $1.1 billion through the external commercial borrowing (ECB) route, to take advantage of the RBI’s liberalised stance allowing for borrowings of up to $1.5 billion under the automatic route.

The money raised via ECBs would be deployed for on-lending to the affordable housing segment, Mr. Mistry said, adding that the landed cost for the money would be the same as borrowing from domestic sources. He said as the merger with its subsidiary HDFC Bank nears, the lender will look at elongating the borrowing maturities of its liabilities.