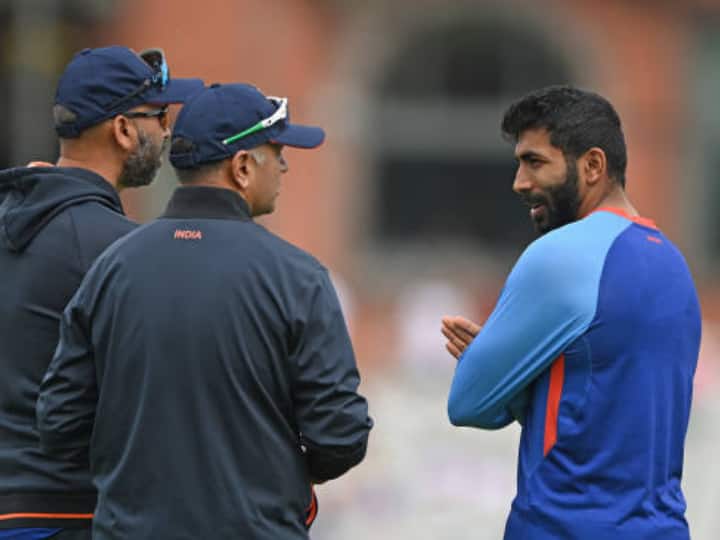 Jasprit Bumrah fitness update: Team India’s chances of winning the T20 World Cup 2022 suffered a major blow after star seamer Jasprit Bumrah was ruled out of the India vs South Africa T20 series due to a back stress fracture. Mohammed Siraj was named as Bumrah’s replacement in the team. A news report in PTI stated that Bumrah will be out of action for six months due to back pain.

Meanwhile, team India head coach Rahul Dravid said they were patient enough to keep a watch on the recuperation process of pace Jasprit Bumrah, as per media reports.

“So as of now, (Bumrah) officially has been ruled out, as you know, from this series against South Africa. He has gone to the NCA. And we are waiting for the official confirmation on the next steps. So, as of now officially he is only out of this series, but we’ll see what happens over the next few days. And, and once we get some official confirmation, then we’ll be able to share that,” Dravid said in Guwahati ahead of Ind vs SA 2nd T20I.

“I honestly haven’t gone deeply into the medical reports. I mean, I rely on the experts to tell me what is happening. He is being assessed. And we’ll know in due course, whether he’s what happens in the future. And obviously, till he is completely ruled out till I get official confirmation that he is ruled out, we will always be hopeful. We will always hope for the best not just for us as a team, but also just as individuals, we will always hope for the best for the remainder of the matches.”