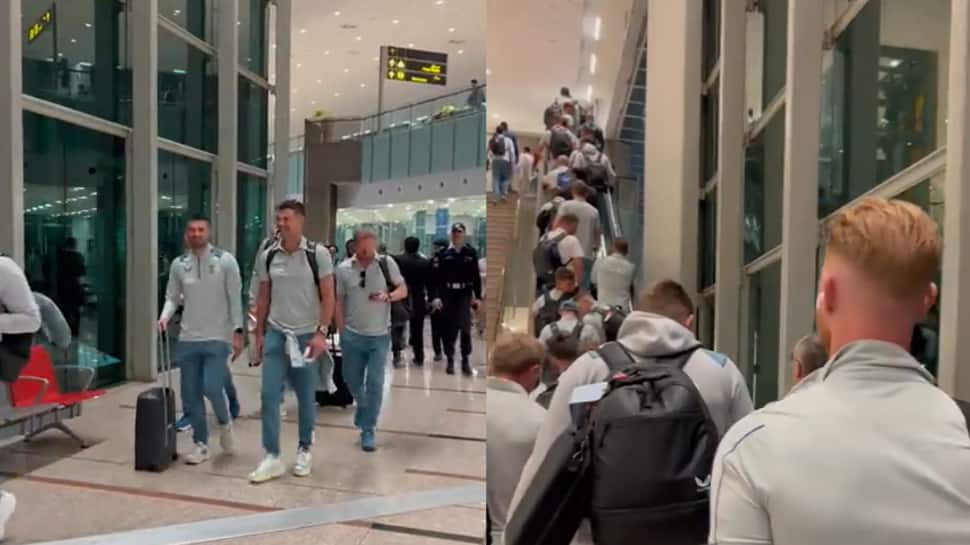 England cricket team’s Test squad, led by Ben Stokes, landed in Pakistan after a gap of 17 years to play Test matches. The team was whisked to the hotel straight after landing with no delays amid heavy security. Pakistan are taking all the required steps to ensure that safety of the players is not compromised as they look to welcome international cricket back in Pakistan. Not to forget, England have already toured Pakistan almost two months ago to play the seven-match T20I bilateral series which the Three Lions won 4-3. The players are not allowed to move freely in Pakistan as it could turn out to be a dangerous activity.

Check out pictures and videos of Pakistan team landing in England:

England will play three Test matches vs Pakistan that starts on December 1 at Rawalpindi Cricket Stadium in Rawalpindi. The second Test match will be played from December 9 in Multan while the third Test will be hosted by Karchi from December 17 to 21.

Babar Azam will be leading the Test side of Pakistan against Ben Stokes’ England. The Three Lions are coming into the series on back of a fabulous T20 World Cup 2022 win. The ODI side however was clean sweeped in Australia. Their Test outfit now looks to get better of Pakistan in their own conditions. Mind you, this is the first tour of Pakistan for play Test players of England including skipper Stokes.

Stokes landed in Pakistan and said Hello to the whole country. He tweeted: ‘Hello, Pakistan’. Pakistani fans welcome the England captain with heartwarming tweets too.

The fans have been deprived of international cricket as for almost 10 years Pakistan had shifted base to UAE to host nations. With Australia coming to Pakistan to matches, other countries have got the confidence to fly down to the country hit by terrorism.