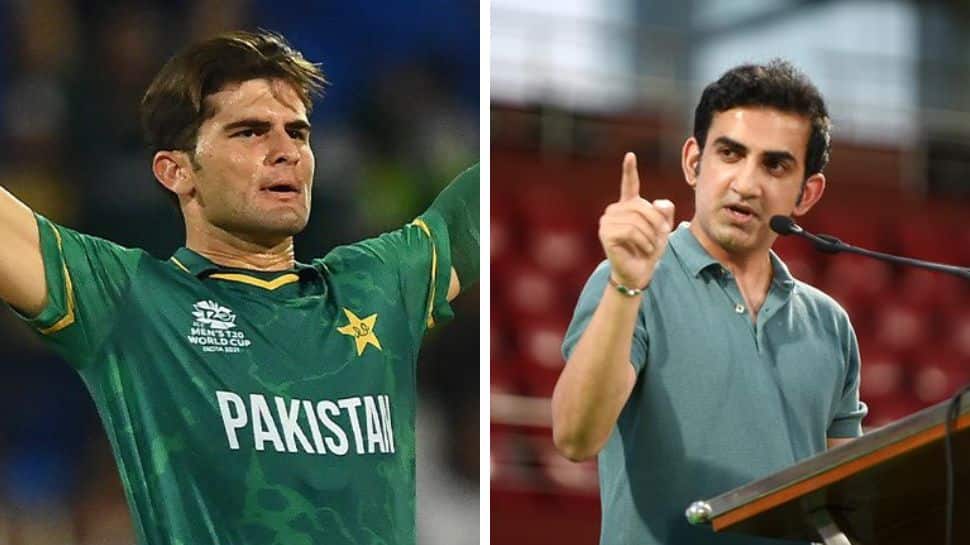 Pakistan pacer Shaheen Afridi ran through India’s top order in their historic win against arch-rivals in the ICC T20 World Cup 2021. The miraculous spell left Indian fans in fear and now Men in Green are all set to take on Team India in yet another T20 World Cup clash on October 23. India faced Pakistan in the Asia Cup 2022 but Shaheen was not part of it. Now as the left-arm pacer recovers from the knee injury, Rohit Sharma’s Team India need to make a plan against him. Helping the Indian cricket team, former cricketer Gautam Gambhir has suggested that India should counterattack against Afridi rather than play defensively.

Afridi was the star performer for Pakistan when they had defeated India by ten wickets in their 2021 T20 World Cup tournament opener in Dubai, picking 3/31 in his four overs and taking out the top three of Rohit Sharma, K.L Rahul and Virat Kohli. Now with his availability being confirmed for the Men’s T20 World Cup in Australia after completing his recovery from a right knee injury, India will undoubtedly face a huge challenge from Afridi when the two teams open their Super 12 campaign in a high-octane clash at the Melbourne Cricket Ground (MCG) on October 23. “When it comes to Shaheen Afridi, don’t look to survive. Look to score runs from him. Because the moment you look to survive, everything becomes really small. Whether it’s your backlift, whether it’s your footwork, and obviously, in T20 cricket you can’t look to survive.”

“I know that he can be dangerous with the new ball, but again, irrespective, the Indian batters need to score more runs, get into better positions, and look to time the balls rather than to hit it. India will be fine because India has got the quality in their top 3 or 4 who can definitely take on Shaheen Shah Afridi,” said Gambhir on ‘Game Plan’ show on Star Sports. Further talking about how India’s batting should go about at Melbourne, former India left-arm pacer Irfan Pathan explained, “Look, one thing is clear. When you play at the MCG, the straight boundaries are not that big. It’s the side boundaries that are massive. Obviously, India needs to be smart, especially the batting.”

“Probably, it will be difficult to hit the side boundaries, so they have to play the gaps and probably convert the twos into threes and ones into twos, because running between the wickets will be very important.” Irfan further elaborated about how India’s bowlers would have to adjust their lengths to try and curb the likes of Babar Azam and Mohammad Rizwan, currently doing the bulk of scoring for Pakistan, from scoring big runs on October 23.

“Don’t give them any width whatsoever, especially Rizwan, because he’s the guy who takes the Powerplay on his shoulders. Just try to get the pace going. Babar takes his time. So, you need to be aware of those situations and those batters. First of all, the line has to be on the stumps, with tight lines. And with both batters, the length changes slightly.” “When it comes to Rizwan, you can afford to bowl more fuller. You can try to hit him beneath the knee roll. This is where your line and length can be. And when it comes to Babar Azam, you need to get him out LBW, but your aim should not be on his front leg, it should be behind his leg because he’s slightly open. See, you need to make that kind of planning.”

“This is where Arshdeep and Bhuvneshwar Kumar come in with that in-swinging delivery. We need to be aware that Pakistan are not very good with spin bowling. So, you need to keep an eye on whether you can give one odd over to spinners in the Powerplay. You know, I’ll be very tempted to see what the team management is doing.”