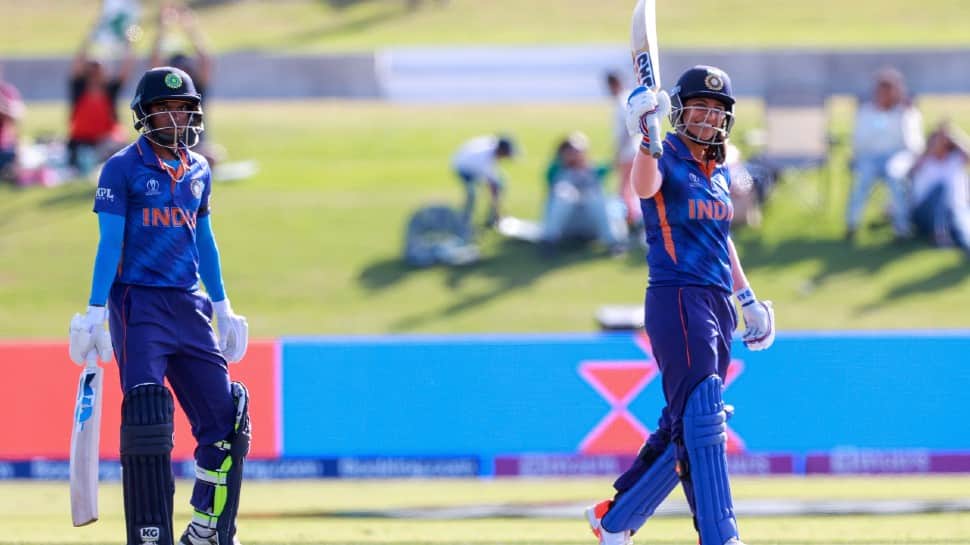 Team India all-rounder Sneh Rana has said that the presence of a sports psychologist has hugely benefitted her team. Rana’s remarks came after India defeated Pakistan by 107 runs in their opening game of the ongoing ICC Women’s 50-over World Cup.

“She is connected with us for a long, however, we could not talk much online. So, when she is with us – obviously, we all players have to face ups and downs in our career. It is stressful when you are not able to perform for your team. But we got many positive vibes from our psychologist and she handled everything very well to help us out to overcome the stressed situation during our career. In my view, her presence is a positive thing for our team,” said Rana during a virtual press conference.

Fighting knocks of Sneh Rana and Pooja Vastrakar were backed up by all-round bowling performance as India defeated Pakistan by 107 runs in the fourth game of the ongoing ICC Women’s 50-over World Cup. “Indeed it was an emotional moment to represent your team in the world cup. It was my dream to represent my country as part of the world cup team. And yes, finally this moment came into my life. And if you perform when your team needs it then it becomes a more valuable moment. So, I am feeling very satisfied,” said Rana.

Pooja Vastrakar (67), Smriti Mandhana (52) and Sneh Rana (53 not out) were the standout performers as India posted 244/7. Vastrakar and Rana formed a 122-run stand for the seventh wicket. In the final five overs, India scored more runs to take the total past the 240-run mark.

“I know Pooja for long and she is very good at rotating the strike. In domestic cricket when she was playing against me and to be honest I was thinking that if she continues to play like this, she will win the final match as well. Luckily, that was our day and we grabbed the victory. However, we discussed with each other that we are good at rotating the strike and we are the last batting pair. We planned to take the game close and deep. Congratulation to her on being declared as a woman of the match and good luck,” said Rana.

When asked whether she would like to bat at the top of the order, Rana said: “This decision depends upon team management. However, we aim to play at any position where our team needs us. If given the opportunity to bat in top order, then obviously we will avail it and play our role in the team victory.”