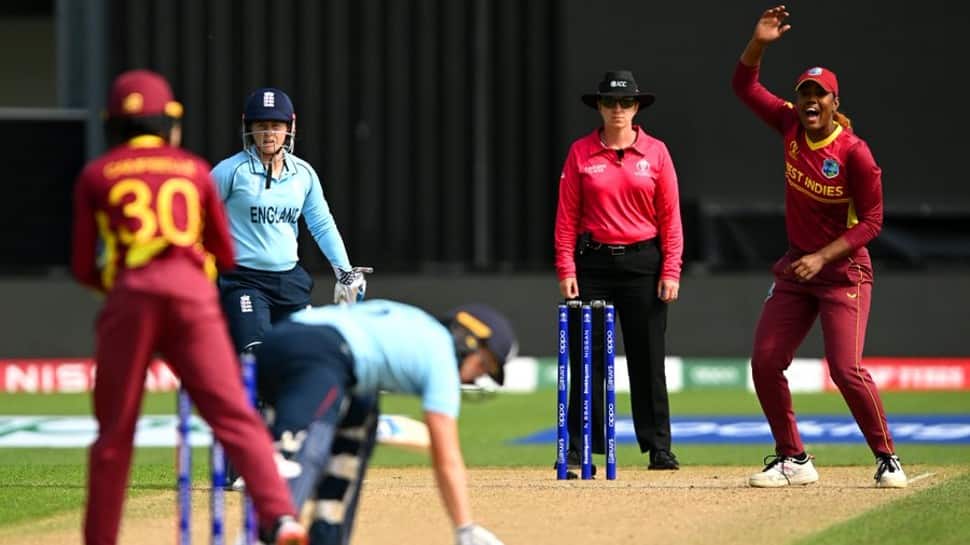 A fighting bowling performance helped West Indies stun defending champions England by seven runs in the 7th match of the ongoing ICC Women’s 50-over World Cup at the University Oval in Dunedin on Wednesday (March 9).

Chasing 226, England lost its opening wicket in the ninth over as Deandra Dottin took a remarkable catch to send Lauren Winfield-Hill (16) back to the pavilion. Tammy Beaumont scored 46 but England kept on losing wickets at regular intervals and after 27 overs, the score read 109/5 with England still needing 117 runs to win.

Danielle Wyatt and Sophia Dunkley scored 33 and 38 respectively and they kept England in the game. However, England kept on losing wickets and they were reduced to 156/8. Kate Cross (27) and Sophie Ecclestone (33*) stitched together a stand of 61 runs for the ninth wicket, but Anisa Mohammed’s brilliance in the 48th over helped West Indies win the match by seven runs.

Cross was run out at the non-striker’s end when backing up and Anya Shrubsole was bowled by spinner Anisa (2/24) three balls later to set off jubilant celebrations for the triumphant West Indies side.