‘If they don’t visit us for CT then..’: Pakistan fans want PCB to boycott IND 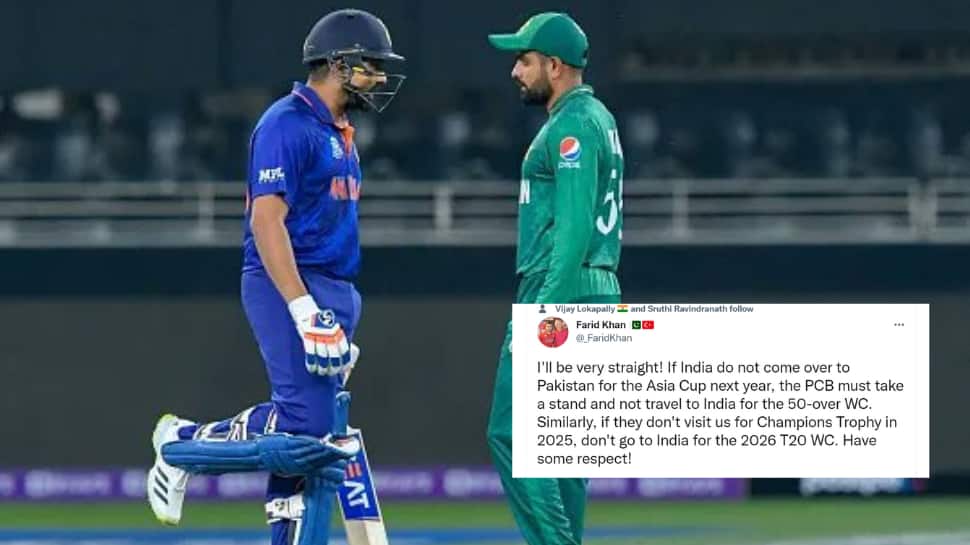 As per the new ICC Future Tours Program, Pakistan is set to host their first ICC tournament in 3 decades. The last time they hosted an ICC tournament was way back in 1996. After a gap of almost 30 years, PCB will be hosting a tournament all on its own, the ICC Champions Trophy 2025. The 2009 attack on Sri Lankan team by a terrorist group meant that no international cricket took place in Pakistan. However, in the last 2 to 3 years, international teams have begun touring Pakistan.  However, there is one team which still does not want to tour Pakistan or engage in a bilateral series with them and that team is Rohit Sharma’s India.

Due to political conflict between the two countries, the cricketing ties have almost been zero between arch-rivals. While the two teams meet each other in ICC and ACC events, they not tour each other. It would be interesting to see what will be India’s stance when the Champions Trophy 2025, to be hosted by Pakistan, comes close.

Many Pakistani fans feel that if India do not visit them for the Champions Trophy, PCB should not allow its team to visit India for the 50-over World Cup in 2023. But how practical is this call will be known once the tournament comes. India have a bigger say in ICC as they bring more money to the International Cricket Council. It is their order which runs the international cricket board. An Indian fan wrote on Twitter: “They will. We run world cricket mushahid and we decide what happens. India will not tour pakistan and if pakistan doesn’t come to india, it actually doesn’t matter. Pakistan is disposable, india isn’t for world cricket.”

Check out reactions below.

He’s absolutely right. We’re a dignified nation. Our people must be determined through thick and thin and CONFIDENT in the face of everyone alike!
— Muhammad Ali (@BigMo20465144) August 17, 2022

They will. We run world cricket mushahid and we decide what happens.

India will not tour pakistan and if pakistan doesn’t come to india, it actually doesn’t matter.

This year, India are going to meet Pakistan, not once but at least thrice in different tournaments. The Rohit Sharma-led India will take on Pakistan in Asia Cup 2022 clash. They can actually meet each other two more times in the same tournament. Not to forget, an India vs Pakistan is expected at the ICC T20 World Cup 2022 scheduled to take place in Australia this year.