In the survey, 7189 madrasas of UP were found unrecognized, 16 lakh children are studying here 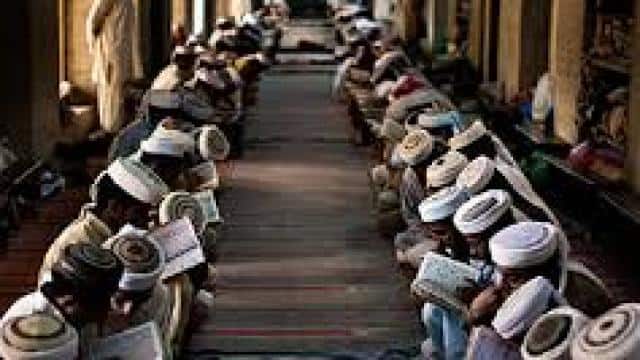 Uttar Pradesh Madrasa Education Board President Iftikhar Ahmed Javed said on Thursday that the statewide survey found 7189 unrecognized madrassas. More than 16 lakh students are being taught in these. Describing the findings as an eye-opener for the authorities, Javed said that there are around 3000 teachers and other staff in these madrasas. According to the Uttar Pradesh Madrasa Education Board, there are 16,513 recognized madrassas in the state with around 20 lakh students. Of these, 560 are getting grant from the state government.

unrecognized madrasas The survey began on 10 September to identify and collect details about their funding, sources of income, organizations running them and their curriculum. Javed said the number of these (unrecognized) madrasas is expected to increase as the information is still coming in. The survey is expected to continue in the flood-affected areas of Bahraich and Gonda for the next few days. Employees of those areas have sought some more time to complete the survey, which was delayed due to heavy rains and floods.

Organizers trapped in Mulayam Singh Yadav’s thirteenth by collecting donations for Bhandara, program had to be canceled after SP’s objection

The survey work was also affected in Gorakhpur and its adjoining areas due to heavy rains in early October. The results of the survey will be analyzed by November 15. He said that it would be our endeavor to give recognition to these 7189 madrassas at the earliest. We want to secure the future of about 16 lakh students. We do not want the students of these madrasas to do petty work. We want to bring students into the mainstream.

He said that after the survey, we are going to clean the system and help our madrasa students to compete with the mainstream students. After the survey, it will be easy to give recognition to unrecognized madrassas. Till now, the state government had no idea about the number of unrecognized madrassas operating in the state. According to preliminary reports, in Gorakhpur, more than 10,000 students were found studying in 140 unregistered madrassas. These institutions have more than 300 teachers and staff. District Minorities Welfare Officer Ashutosh Pandey said that inputs are being received and a detailed report will be sent soon.