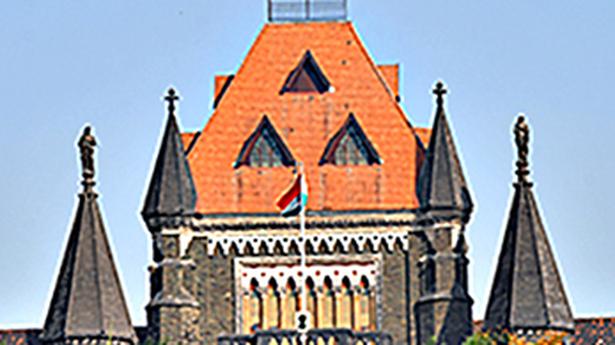 The Bombay High Court held that no income tax should be deducted on the compensation given for acquiring land in the Mumbai-Ahmedabad Hi-Speed Rail Project by the National Hi-Speed Rail Corporation Limited (NHSRCL) and steps should be taken to refund the amount.

A Division Bench of Justices S.V. Gangapurwala and M.G. Sewlikar, which passed the order on Thursday, was hearing a petition filed by Seema Patil. She is the owner of certain plots of land situated at Bhiwandi in Thane district and the National Hi-Speed Rail Corporation Limited (NHSRCL) acquired the land from her under an agreement and deducted income tax at the source from the compensation paid to her on October 23, 2019.

On or about May 8, 2020, a supplementary deed was entered into between Ms. Patil and the NHSRCL under which some additional amount was paid to her and TDS amount was deducted. On or about December 4, 2020, Ms. Patil requested the company to reverse the TDS on the ground that no tax was deductible. After 20 days, the NHSRCL got back to her and said exemption from income tax is not applicable in the case land is acquired from Ms. Patil and it was duly deposited with the Income Tax Department.

The advocate appearing for Ms. Patil contended that the Right to Fair Compensation and Transparency in Land Acquisition, Rehabilitation and Resettlement Act specifically exempts payment of income tax on an amount of compensation paid under the award and/or agreement. He said the NHSRCL ought not to have deducted the tax at source because it is applicable only where the amount is taxable in the hands of the recipient.

Counsel appearing for the NHSRCL argued that the amount received by Ms. Patil pursuant to an agreement is taxable. As the acquisition is by an agreement between the parties and cannot be said to be compulsory acquisition under the Act. Hence, the income tax at source is deductible.

The court thus directed steps to be taken to refund the amount in accordance with the provisions of Income Tax Act and Rules.