IND vs AUS 2nd ODI: ‘It is not my department’, Suryakumar Yadav makes a BIG statement on Jasprit Bumrah’s availability 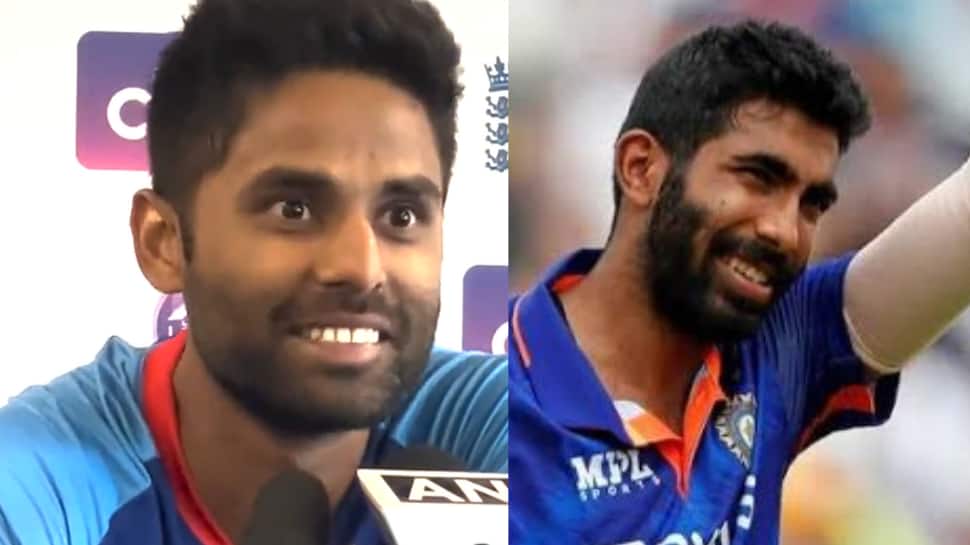 Star India batter Suryakumar Yadav was at his humorous best when he came to attend the press conference ahead of the Nagpur T20I vs Australia on Friday (September 23). He has been the most consistent batter for India in the format, batting at No 4. He showed his all-round hitting abilities on Tuesday (September 20) at Mohali and would be playing a crucial role in the Nagpur game as well. Suryakumar had scored a 25-ball 46, which was studded with two fours and four sixes, in the opening match. But what was the joke that Surya cracked at the press conference. That was on Jasprit Bumrah and his possible availability in the 2nd T20I.

When the batter was asked the question on Bumrah’s fitness, he passed it on by saying that he had no clue.

“Actually I am not aware of any such communication, it is not my department, you should not ask me about it (laughs), these are for physios and team management to answer,” said Suryakumar. He added that the team environment was pretty nice.

“But in the team, the environment is good and all are first-class fit and ready for second T20.

When he was probed further on Bumrah, Suryakumar said: “Absolutely, he is ready, nothing to worry.”

India, sans Bumrah, put up a shoddy performance as they failed to defend 208 in the series opener, with the pacers going for 150 runs.

However, Suryakumar came out in defence of the bowlers.

“Actually after the last game, we didn’t have any discussion but as you have seen last day the match went on long and there was also dew, and you also have to give credit to them, they kept attacking, we are trying our best,” he said.

“But Harshal’s slower balls and his different variations are really deceptive and he has just come from an injury, so this much benefit of doubt should be allowed.”

Asked if any particular role has been assigned to him to attack the spinners in middle orders, Suryakumar quipped: “I have hit two sixes against fast bowlers also, so I should get a little credit for that, what say?”

“I’m very flexible, no particular role. Actually plan myself for every situation. I am flexible to bat in anywhere, whichever number I’m asked to bat, I know I just have to do my role and I am happy to do it.”