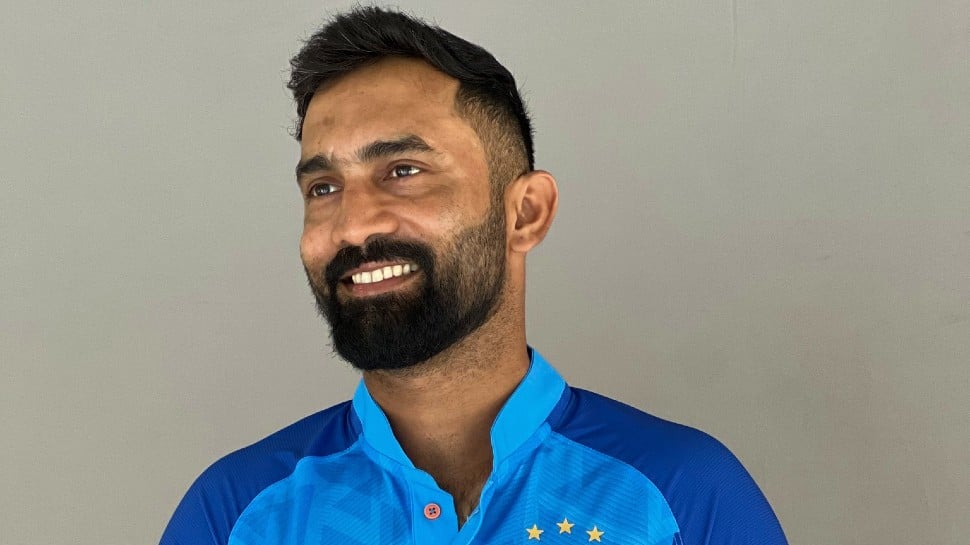 Team India chose to go into first T20I match against Australia in Mohali on Tuesday (September 20) with Dinesh Karthik as the specialist keeper and ‘finisher’ for the side ahead of Rishabh Pant. Karthik, however, failed with the bat – scoring only six – and also messed up a couple of DRS calls which proved costly for Rohit Sharma’s side as they lost the opening game by four wickets.

Now, former Australia opener Matthew Hayden has questioned Karthik’s sole in the side, questioning the lack of batting opportunities that the Royal Challengers Bangalore batter is getting. “I was just thinking about the role of Dinesh (Karthik). This role Dinesh is playing now, for the life of me, I can’t work out why he wouldn’t be in their batting now. It doesn’t make any sense to me whatsoever. See, I don’t want to give the impression that I’m disrespecting Dinesh Karthik, but he should be batting more-it’s actually the opposite,” Hayden said on air during the 1st T20I in Mohali.

The former Australian opener said that even though Axar Patel may have shown tremendous credentials with the bat of late, Karthik should get more ball time. “I think he is such a good player that he can come in and play this exact same shot. I question the role that he is playing as a finisher. I think there is a role for him to come up the order,” he added.

Do you #BelieveInBlue to make a comeback in the 2nd Mastercard #INDvAUS T20I?

Speaking exclusively on Star Sports show ‘Match Point’, Hayden spoke about who his star performer for Australia in the first T20I against India was and whether India can stick on to their current death bowling regime ahead of the second and third T20Is later this week.

“Green, he has been a really big asset for Australian Cricket for a couple of years now. He’s a genuine all-rounder. I just think he’s such a huge part of the future of Australian cricket. So it doesn’t really surprise me, he’s very capable, he’s a big man with good skills. He looked a little bit disappointing with the ball, but it’s a tough place to bowl,” Hayden said.

With debates being sparked on whether Bhuvaneshwar Kumar is adept enough to bowl the death overs for India, Hayden backed the Indian pacer and said, “I disagree with that, I think he can and has been a very good finisher. I think that’s his role, I mean, obviously, his role is to take wickets up front but if your skipper wants an over or two from you at the end, then he can do that.”